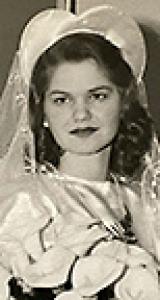 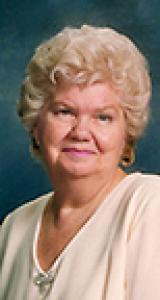 It is with great sadness that our family announces the peaceful passing of our mother, grandmother and great-grandmother, Win, at the Arborg Hospital, on November 7, 2020, at the age of 94.
Win was proud of her Icelandic heritage. When I read of Icelandic characteristics, it says they respond to life's challenges with courage, candour and creativity, edged with a dry humour. That was Win.
Win was born in Winnipeg, Manitoba, in 1926. She was the youngest of five children. Later, the family moved to Cormorant Lake, where her father owned a trading post. Win was orphaned at eight years of age. She went to live with her Aunt Ena and Uncle Ed Erlendson in the west end of Winnipeg, and became best friends with her cousin, Eleanor. She graduated from Daniel McIntyre Collegiate, and then completed a business course at Success Business College. After she graduated, she was employed as a secretary at TCA and at Central YMCA in Winnipeg.
Win met her husband, Jim, at Hoban's Park at age 13. He was the love of her life. They were married on March 8, 1947, and bought a house on Moorgate Street in St. James, where they raised their two children, Pat and John. They later retired to Gimli, and stayed together for almost 70 years.
Win was a loving, beautiful and elegant lady. Her attention to detail was evident in everything she touched. Nothing was more important to her than spending time with family. When thinking of Win, one thinks of a strong woman, but one so polite that we knew her thoughts more from the look in her blue eyes than from her words. She brought people together, made us want to be our best, and respected everyone's opinion.
Win was predeceased by her husband, Jim; her son, John; and her son-in-law, Norm.
Her daughter, Pat Dalman; her granddaughters, Kirsten (Steven) and Tannys (Sergio); her daughter-in-law Jan; and her great-grandchildren, Willow, Soren and Asra, will miss her always. Rest in peace.
The family would like to thank the staff of the Icelandic River Lodge and Arborg Hospital for their care and kindness to Win.
If friends so desire, in lieu of flowers, donations can be made to a charity of your choice.