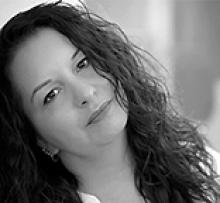 Nicole Wershler (nee Blondie), of Calgary, AB, passed away on Tuesday, November 10, 2020, at the age of 50 years.
Nicole lived in southern Ontario until 1980, when her family moved to Kamloops, BC. Nicole lived and worked in Jasper for several years, and eventually made it to Calgary, where she met Shane Wershler in late 1998, and married him in 2000. Shane's job led them to Ottawa - and back to Calgary in 2003. Nicole worked in several industries - excelling at everything she tried. In 2014, Nicole had one of her greatest accomplishments, and graduated from the Thompson Rivers University. She was particularly proud of becoming the "face" of Thompson Rivers University; her image was featured on posters, in movie theatres, on buses and trains - even in the Globe and Mail. She was a regular volunteer with the Calgary Catholic Immigration Society (CCIS) as a mentor, an advocate, a speaker and activist. She focused on professional women and women in trades arriving from different parts of the world. Nicole had a travel bug; her memorable vacations included family camping trips, Europe with Patty, Ecuador with Cynthia, Cyprus with Shane, and numerous spring and winter trips to Mexico with her family. She also loved her scooter, and her "gang" with Lisa. Nicole will be most remembered for her open and approachable nature, her grace, sparkle and her passion for life, her drive to help others, and her sharp and quick sense of humour.
Besides her loving husband Shane, Nicole is survived by her daughter Julia, her son Addison, her mother Suzanne MacDonald of Calgary, AB, her father Bruce Blondie and his partner Ellie Faubert of Port Lambton, ON, brothers, Michael Blondie of Airdrie, AB, and Roger Blondie of Moncton, NB, her sister Sarah Blondie of Stratford, ON, as well numerous cousins and friends.
Nicole had a true passion for animals, which resulted in owning rescue dogs, hamsters and a guinea pig. In lieu of flowers, please consider donating to a local Alberta animal rescue called Heaven Can Wait, which Nicole would greatly approve of: https://www.gofundme.com/f/in-loving-memory-of-nicole-blondie-wershler
Due to Covid 19, the funeral service be limited to 50 (invitations will be sent), at McINNIS & HOLLOWAY (Park Memorial, 5008 Elbow Drive SW, Calgary, AB). Condolences, memories and photos may be shared and viewed on Nicole's obituary at www.McInnisandHolloway.com.
In living memory of Nicole Wershler, a tree will be planted in the Ann & Sandy Cross Conservation Area by McInnis and Holloway Funeral Homes, Park Memorial, 5008 Elbow Drive SW, Calgary, AB T2S 2L5, Telephone: 403-243-8200.