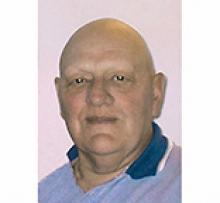 It is with a heavy heart we announce the sudden passing of Ron Thomsen at the age of 78.
Ron was predeceased by his parents, Elise and Viggo Thomsen; his siblings, Cecilia (Wes) Allan, Gunner (Edith) Thomsen, Carl Thomsen, Greta (Ken) Fox, Rita Johnson, Inga (Ed) Morgan and Carol Thomsen. He leaves behind many nephews and nieces across Canada and California.
Ron was born in Winnipeg and attended Tec Voc. He worked for CNR as a pipe fitter (local 254) until a bigger opportunity came along. He preferred being outdoors in the country than in the city. In his younger days, it was not unusual to hear that he was out hunting with the guys. Fishing was always the alternative when hunting season was over, a pastime he enjoyed for as long as he was able. Ron also liked to travel. When winters became too cold and needed to unthaw, he would head to Texas or Florida to visit his friends.
There were also many memorable moments made when he had his house in Grindstone Park and through his travels. A true friend, always there to help out or give advice. He leaves behind special friends, Kathy Watson, Carl and "the fisherman" Bobby and Sara Kristjanson, Chris Kristjanson, along with many others.
At this time, we would like to thank the staff at the Gimli Emergency, St. Boniface Emergency, Ward 6A South and the paramedics.
As per his wishes, there will be no service and his ashes will be dispersed at a later time.
In lieu of flowers, individuals can make a donation to S.P.C.A. in your community in memory of Ron.

" ....and when my time comes, I will gather
my fishing rod and sail into the sunset. "