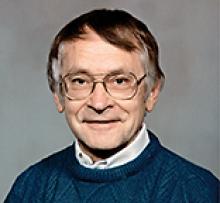 Donald H. Reimer passed away November 14, 2020 at Health Sciences Centre, with his wife Mary by his side, after complications related to a stroke on October 29.
Don was born on June 18, 1932 and raised in Kleefeld, Manitoba, where his father (Gustav) was a well-loved school teacher and his mother (Mary) a homemaker. He had an older sister (Olivine) and two younger brothers, (Stuart and Louis), all of whom predeceased him. When he was ten years old, the family moved to Steinbach.
Don graduated from University of Manitoba in 1961 as a Doctor of Medicine and began to work at the Winnipeg General Hospital. Don and Mary (Peters) wed in 1962 and treasured their 58 years of married life. They had two daughters, (Heather and Carol); two sons-in-law, (Bruno and Brian) and five grandchildren, Sara (Cameron), Paul and Jonathan; Nathan and Matthew. Don adored and is adored by his family. He often built special projects for around the house and cherished toys for his kids and grandchildren (including a backyard playhouse and a pirate ship.) He embodied a calming presence, steadfast support, principled resolve and unconditional love. He was a loving husband, father, father-in-law and grandfather.
Don was an amazing and multi-talented person. After serving as a family doctor in Thompson for seven years, he went on to become an anesthesiologist, which brought him much satisfaction. He worked at Health Sciences Centre for 25 years, where he treated many patients and served as the director of the anesthesia training program for family practitioners. Prior to his retirement, he and Mary volunteered their medical services in Ethiopia.
Don, a life-long church-goer, was a humble and gentle-spirited example of what it means to do no harm. He acted justly and loved mercy in all his dealings. He was kind and considerate to a fault. He lived at peace with everyone and did not put on airs. He had been doing his part to combat climate change decades before most others. Don loved nature, gardening and especially flowers.
Don enjoyed his retirement years immensely, which included serving at Reh-Fit and volunteering in thrift shops with Mary. Retirement was an opportunity to satisfy his broad curiosity, which involved taking 30 different courses and reading hundreds of books, ranging for the classics of English literature to the latest books on climate change, sociology and theology.
Don faced many heart-related health issues over his life, which he addressed with unflinching discipline and good humour. He and Mary were members of Reh-Fit for over 40 years, which became an important community for them. Don was thankful for the quality of life he enjoyed, aware that it was longer than might be expected for someone with the heart issues he had inherited. He appreciated his medical caregivers and we are especially grateful for the care he received in his final weeks, especially that of Dr. Jain.
Don was cognitively fit till the end and told us that he was at peace with passing away. A final beautiful parting gift from truly a wonderful man.
A service to celebrate Don's life is being planned by the family.

This obituary can also be viewed at
www.friendsfs.ca