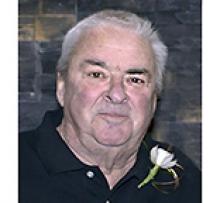 It is with great sadness that we the family, announce the passing of Wayne Daman-Willems on November 15, 2020, at the age of 74, due to Covid-19.
He was the eldest son of the late Howard and Anne Daman-Willems. He was born and raised in the East Kildonan/North Kildonan area in Winnipeg.
Survived by his childhood sweetheart and loving wife of 53 years, Carol (nee Nordman); son Derek and daughter-in-law Tricia; daughter Sandra (Ray); loving grandchildren, Travis and Kirstin Blain, Brenden and Jenna Daman-Willems; sisters, Dianne (Norm) Mitchel, Monica (Jim) Delaney; brother-in-law Chris (Barb) Nordman; sister-in-law Sonia Daman-Willems; nieces and nephews, Paige, Vanessa, Jaelyn, Curtis, Brittany and Alec; and his furry companion Tank.
Predeceased by his parents, Howard and Anne Daman-Willems; brother Greg Daman-Willems; father and mother-in-law, Ivan and Christina Nordman; brother-in-law Cameron Nordman; nephew Kevin Delaney.
Wayne's first job was delivering groceries for Benderski's Self Serve, his uncle's store, on Watt St. in East Kildonan. In 1965 he attended a welding course, and started working at Allied Farm Equipment/Buhler Industries, where he later became a supervisor and worked for the next 41 years.
In his early years, he enjoyed many summer camping trips with his family and friends, and weekends at the cabin in Winnipeg Beach. Winters, he would spend snowmobiling and curling at Rossmere CC.
A little later, he got into cars. He bought his first Corvette in the late 80s and enjoyed it for many years till he found a 1928 Ford streetrod. It was a very unique car, which won him awards at the World of Wheels car show. He then sold it a few years later and bought his second Corvette, to which he enjoyed many summer days cruising the streets. When he wasn't cruising the streets, he spent many summers in the backyard, enjoying the pool with family and friends.
He also enjoyed many vacations such as a train trip to see the polar bears in Churchill, Spain, Hawaii, Alaska, Las Vegas and of course, his favourite, Mexico, especially Puerto Vallarta.
Wayne was always the life of every party - he used to say "we are here for a good time, not a long time". He will truly be missed by his family and friends.
Due to Wayne's wishes, cremation has taken place, and due to Covid-19, the family has decided to hold a private service only.