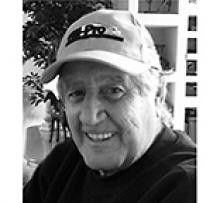 It is with profound sadness, that we announce the passing of Vic Gerbasi, aged 77 years, on November 14.
He is lovingly remembered by his wife Rose; son Tony; brother Gerry, (Sharon); as well as many aunts, cousins, and in-laws. Vic was predeceased by his mother Yvette, and his father Eligio.
Vic was born in Jasper, AB in 1943. Subsequently his family moved to Winnipeg and it was in Winnipeg where he grew up.
He was active in sports, playing hockey, baseball, and lacrosse with much enthusiasm. He also had a well-developed work ethic, and while in high school worked at Polo Park
exercising racehorses in the mornings before going to school. It is this job that further developed his deep love of all things equine, though he had to wait many years before he was able to purchase his very own horse. That horse was an Egyptian Arabian named Shalyar, still alive at 34 years of age. But his love of horses didn't stop with one. Vic owned Peruvian Paso horses and was active in the local Peruvian Paso Association. He also owned two Haflinger horses, Jack and Benny. Vic trained Benny to pull a cart and often he and Benny could be seen driving down the road in the Birds Hill Park locale where he and Rose both lived.
As a young man, Vic joined the Canoe Club; a significant move because this was where he met his wife Rose. Here he also golfed, played racquet ball, and on weekends, went on canoe trips with fellow paddlers, enjoying the beauty of Manitoba and Ontario's pristine lakes.
Professionally, Vic trained as a Radiology Technician and then went on to work as a consultant selling medical equipment. His profession took him to different corners of the world, as he volunteered for humanitarian eye surgery missions in various places such as Belize, Panama, and Greece.
Vic was a very sociable and outgoing individual. While working as a pharmaceutical representative, he joined the "Drug Rangers". This genial group of colleagues developed into close friendships. They shared hotel rooms together while on working trips, they golfed together, and generally, they had a good time, sharing jokes and much laughter.
Vic had an active and sharp mind. There was nothing he enjoyed more than having a good, lively discussion on a range of topics, especially local politics, which was often
discussed at length.
His heart was as generous and large as his mind was sharp. He was the first to welcome newcomers to the neighbourhood, or to offer help to anyone. He'd come "right tool in hand" to help you. He'd lend you any of his tools, he had many, but you had to "bring it back", after all you never know when others would need that tool down the road.
He had a short, but hard fought battle with cancer.
Vic didn't like to be fussed over and in keeping with his wishes, there will be no service.
In lieu of flowers, donations may be made to CancerCare Manitoba.

Friends and family may share memories by visiting Victor's memorial page at seasonsfunerals.ca