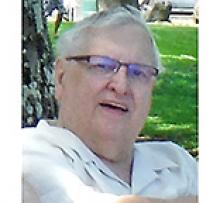 John Anthony Thomas Gowron (Dugald, Manitoba), passed away on November 14, 2020, two months after being told that he was cancer free, but after a brief illness, this was one week before his 80th birthday.
He leaves behind his wife of 53 years, Judy (nee Sharhan); his daughter Leah and husband (Mick Vernon) of Pahoa, Hawaii and his sister Tiana Hrycak of Penticton, BC.
John was a trained optician, working first at Eaton's, then as owner of The Eye Glass Shop. He later transitioned to a computer technician for the John Howard Society and the Salvation Army. John spent many happy years with his two favourite hobbies, amateur radio and Toastmasters, where he reached the highest level of Distinguished Toastmaster. Over the years, he travelled with his family throughout western Canada and the United States, camping and exploring along the way.
A Celebration of Life will be held at a later date.
The family asks that in lieu of flowers, to consider a donation made in John's name to the Salvation Army.

Friends and family may share memories by visiting John's memorial page at seasonsfunerals.ca