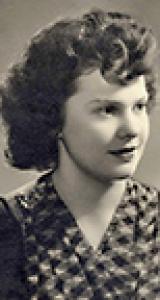 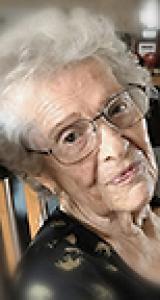 Christine passed peacefully at Grace Hospital in Winnipeg on November 7, 2020. She was 92 years old.
Christine is survived by her daughter, Susan (Wayne) Dearlove of Winnipeg, son, Michael (Martin) of Toronto, her grandchildren, Sean Dearlove and Jennifer Miller (Ken) as well as her great-grandchildren, Jase, Morrigan (Dawson), Logan, Kale, and Kolton.
Born in West Kildonan on May 19, 1928, Christine attended Victory School, and then Greenway School after her family moved to Banning St. in the West End of Winnipeg. She and her older sister, Margaret MacAulay, were the daughters of George and Christina Fotheringham, who arrived in Canada from Scotland in 1919.
Christine was predeceased by her parents, her husband, Thomas (Bunny) Dartnell, and her sister, Margaret MacAulay. Christine is also survived by her nieces, Brynne Wild (Maurice), and Adair Wild (Craig) of Winnipeg, and nephews, Douglas MacAulay (Barbara) of Victoria, BC and Dana Wild (Helen) of Winnipeg. Her aunt, Kaye Comber, lives in Haywards Heath, Sussex, England. Finally, Christine is also survived by her cousins, Barbara Morris, Bill Lawson, Donna Smith, Ray Lawson, and Doug Lawson as well as many cousins in Scotland, England, Norway, and the US.
Lively, engaged, and energetic, Christine won several speed skating competitions as a girl. After her family moved to Banning St. in 1939, Christine loved to skate at the Winnipeg Roller Rink with her lifelong friend, Eleanor (MacLeod) Harrison, who sadly predeceased her earlier this year. Both Eleanor and Christine's families fondly remember camping trips and visits between Winnipeg and Vancouver since the 1970s. It was at this time that Christine began full-time work at Birks Jewelers, where she made many friends and enjoyed the challenge. She also enjoyed Winnipeg Jets games and golf with her good friend, Pat Labossière (Joe).
Christine loved to laugh. She had a quiet, self-effacing humour that she shared with her family and friends. We remember many times when her giggling would ripple through a room until everyone was laughing out loud. When her husband Thomas (Bunny) was diagnosed with Alzheimer's, Christine's compassion was on display since she visited Deer Lodge every day to feed and care for him.
Christine remained active over the years. She enjoyed swimming, tubing and boating with family at Big Whiteshell Lake. At age 75, she easily climbed a rope ladder during a hike in New Brunswick's Fundy Drive Park. She loved to travel, whether on a cruise through the Panama Canal, a trip to Hawaii, walking Edinburgh's Royal Mile or the Champs Elysées in Paris, browsing shops and markets in Florence or poking along the winding streets of her father's hometown, Auchtermuchty, Fife, Scotland.
She was blessed by great health throughout her life. She survived breast cancer in the 1980s, had a hip replacement as well as two knee replacements. It seemed that nothing could stop her. She was also blessed by the adoration of her parents, husband, children, grandchildren, and great-grandchildren.
Christine's sudden departure leaves a hole in our hearts and she will be dearly missed. Christine very much missed her own dear friends: her late sister Margaret, her cousins Helen Dickinson and Margaret Lawson, Shirley and Liane Dartnell and Fran Irving.
The family would like to thank the nurses and staff of Deer Lodge Hospital, Grace Hospital, and the Home Care Services of the Winnipeg Regional Health Authority for keeping her safe and secure. In particular, Nelda de la Rosa deserves our deepest thanks for her care and friendship.
May Christine's name be written in the book of life and her memory be a blessing.
The family will organize a memorial and interment of ashes at a later date in 2021.
If friends desire, a donation made be made in Christine's name to the Canadian Museum of Human Rights or the Alzheimer Society of Manitoba.