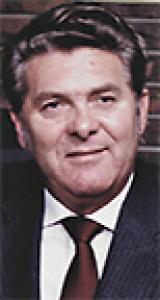 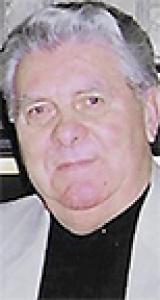 It is with deep sadness that Katharina (Kathe), loving wife of Tony, announces his passing on November 18, 2020, at Concordia Hospital. Tony lived to the age of 91 and had a life full of milestones and adventures, some heartwarming and exciting, others painful.
Tony was predeceased by his parents Anna (Abfall) and Anton, brother Hans, sister Rose, close brother-in-law Adam Rapp, and sister-in-law Elizabeth Hipfel.
He will be especially missed by his devoted wife of 68 years, Kathe; sons Ed (Cheryl), John (Linda); grandchildren Amber (Ashley), Brett (Jess), Corey (Megan), Vanessa (Kenny); four great-grandchildren and sisters-in-law Anni Heinrich and Hedi Rapp of Germany; brother-in-law Chris Hipfel; special extended family David and Janina Mislowe; other relatives and friends.
Tony was born on January 9, 1929 in Apatin Yugoslavia. He had fond memories of growing up with extended family in a german community.
The second world war broke out while Tony was attending school. It was a difficult time but he was a fighter. He survived some harrowing times fleeing his home and escaping through Europe to Austria. He was tough and never gave up. Throughout his life he rarely complained. He was a man of faith and hope.
With the help of his Aunt Rose and Uncle Nick Kirchhofer he immigrated to Canada in 1949.
It was strange coming to Winnipeg, not knowing the language and starting a new life. At first he wondered what he had gotten himself into, but he forged on and adapted.
He attended night school at St. John's learning english, as his first language was german. It was there that he met the love of his life Kathe and was immediately smitten.
They dated for about 18 months and married on July 19, 1952. They settled in East Kildonan and he lived there until his passing.
In his younger years, Tony was an avid soccer player and loved to play the harmonica. He was active in the German club attending many events there with friends. He also attended St. Alphonsus Church.
Tony worked as a plasterer, drywaller and as a trades instructor at Stony Mountain Penitentiary. He was a hard worker and took pride in a job well done. He was an excellent tradesman. He retired in 1987, spending his remaining years enjoying time with family and friends.
Tony was always a good provider and would lend a helping hand whenever needed. He continued with projects using his special skills for family and friends even after retirement.
He and Kathe spent many winters in Hawaii, Florida, Mexico, and the Dominican Republic. They enjoyed summers at their cottage in Otter Falls (Whiteshell) with special friends.
Tony was an avid fisherman, loved listening to music and playing cards.
He enjoyed celebrating occasions with his family and particularly loved Kathe's cooking/baking. Nobody could quite measure up to her traditional recipes from "back home".
Tony's earthly struggles are over. He will be creamated and interred at Glen Eden Memorial Gardens. A private family event will occur at a later date.
In lieu of flowers, a donation in Tony's memory may be made to a favorite charity.