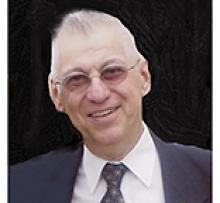 Peacefully on October 28, 2020, in the
comfort of his home, it is with profound
sorrow that we announce the passing of our dear husband, father, grandfather, and
brother Douglas, aged 73 years.
Left to cherish his memory are his beloved wife of 40 years, Linda, his son Derek, granddaughters, Marin and Ella, brother Ronald of Calgary, sisters, Susan Dokken, Donna Moore, brother-in-law John Moore, sister-in-law Donna Topp and in-laws, Michael and Mary Kyluk all of Transcona. Doug was predeceased by his parents Peter and Mary Manitowich, brother-in-law Richard Dokken of Transcona and sister-in-law Mary Anne Manitowich of Calgary. He is survived by many nieces, nephews, cousins, aunts and
uncles.
Doug, also known as Butch to many family and friends, was a lifelong resident of Transcona. Doug worked at Regent Billiards (a family business) throughout his school years. After high school Doug went on to work at Manitoba Telephone Systems retiring after 38 years of service.
In his early years, he spent many summers on his grandparents' farms in the Poplar Park area where he loved to trap, hunt and fish. Doug's love of the outdoors continued throughout his life and family and friends have many wonderful memories of camping, hunting and fishing trips.
In his teenage years, he and his brother Ron enjoyed playing hockey for the Pirates Community Club. His love of sports continued through the years and his great enjoyment was going to his son's games and cheering him on. Doug loved to participate in many
different sports, but he especially enjoyed golfing and was a member of the Transcona Golf and Country Club for many years.
Doug was an enthusiastic card player throughout his life from his pool hall days to playing poker on Thursdays with the MTS
retiree group, to cribbage nights at the Transcona Legion Branch No. 7 where Doug was an Associate Member. Card games were very often a part of family get togethers.
Doug and Linda loved to entertain. Their home was always open to family and friends and many holidays and special occasions were celebrated there. During the summer, Doug loved to BBQ with family and friends who spent many a fun filled evening in the backyard gazebo.
Doug had many interests, one of them being his exceptional wine making skills. He was a member of The Ukrainian Orthodox Church of All Saints and for many years he was responsible for making the communion wine.
Doug was a very proud grandfather who cherished the moments he was able to spend with his granddaughters. He loved the cards and gifts the girls made for grandpa and
enjoyed listening to their stories.
Doug was a kind, gentle person with a
wonderful sense of humour. He always put his family first and his calm demeanour and quiet strength were a source of comfort to us. He was always cheerful and positive. He was an "amazing spirit" .
Although in later years, when illness
became a major part of his life, Doug would not have wanted to be defined by it. Throughout those years there were many good
moments and he took advantage of those times and lived his life to the fullest.
We would like to thank the Doctors and Nurses of Health Sciences Centre who took great care of Doug through his illness and the Palliative Care Team who's support to the end was appreciated.
Due to COVID-19 restrictioins, a private funeral service will be held at the Ukrainian Orthodox Church of All Saints on Wednesday, November 25, 2020, at 10:00 a.m. Interment to follow at Transcona Cemetery.
In lieu of flowers, donations may be made in Doug's memory to a charity of your choice.
Cropo Funeral Chapel in charge of
arrangements.