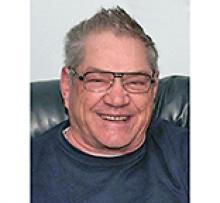 Harold Orr, known to many as "Sonny," passed away November 21, 2020, at 82 years.
He is survived by his wife of 63 years, Marguerite (nee Friesen), three children, Wally (Margie), Rhonda (Sean), and Bradley (Loralee); four grandchildren, Justine (Toby), Brendan, Liam, and Callum; three siblings, Thomas (Carol), Shirley (Bruce) and Beverly, as well as many nieces and nephews.
Harold was born in Clearwater, Manitoba, on June 23, 1938, at his parent's farm. A proud native of Clearwater, Harold set down roots, started a family, and built a mixed farm, raising livestock and grain. He developed a passion for cattle from a young age, participating as a 4-H beef club member. His support of 4-H spanned his entire lifetime, transitioning from member to leader, to supporter of the auction. Eventually, Harold's passion for cattle and entrepreneurial mindset came together when he ventured into the livestock transportation business. Harold became an order buyer with customers throughout Canada and parts of the USA, and at one point in time, the owner of an auction barn in Lundar. He built long term relationships and a clientele that became his friends, to which he was extremely loyal. The fall sale season was his favourite time of the year, and for many years he travelled the circuit of Ste. Rose, Ashern, and Lundar. Harold was an annual participant in the Cattlemen's curling bonspiel. He never retired and was still making deals this month. It is safe to say everyone in the cattle business knew Harold Orr.
Sports played a significant role in Harold's life, and he was a fierce competitor. Whether it was on the ball diamond, playing hockey, curling, or golfing, Harold loved to compete against all comers including his grandchildren! Harold particularly loved baseball, playing as well as coaching for 36 years in the Border League. One of his highlights was being inducted in the Manitoba Baseball Hall of Fame in 2014 with his 1984 to 1988 teams. The baseball teams were an extended family for Harold who thrived on interaction with his teammates and players, developing lifelong bonds and friendships. Later in life, Harold became an avid golfer and poker player. He enjoyed playing in tournaments, and telling the stories afterward.
Though he had many accomplishments, his pride and joy were his four grandchildren. His only granddaughter, Justine, graduated with a Masters in Physician Assistant studies from the University of Manitoba, which gave him great satisfaction. His three grandsons all enjoy sports, and he loved watching them play baseball and hockey. During the summers, he looked forward to being out on the course in Pilot Mound, playing a round of golf with his boys.
Harold's love of people coupled with his personality made an indelible mark on everyone he met. He was known for his famous one-liners and quick wit, and he often put those skills to good use to get a rise out of people. Just ask his grandchildren about that.
His family, friends, and the community will miss his leadership and larger-than-life presence.
A Celebration of Life will be held at a later date when pandemic restrictions allow.
Donations in memory of Harold can be made to the Rock Lake Health District Foundation, Box 130, Crystal City, MB R0K 0N0.

Messages of condolence may be made online
at www.wheatlandfs.com

"Right as rain, good as gold"