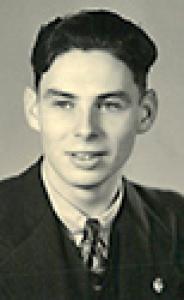 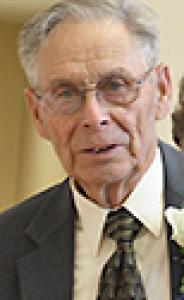 Don was born the third of six boys on the farm at Argyle to Cerce and Eva Taplin and peacefully passed at Stonewall Hospital at the age of 91.
He attended school in Grassmere, Argyle and completed Grade 12 at Stonewall High School in 1947.
Don and Muriel (Griffin) were married August 8, 1953 and moved to Stonewall, where they built their new home and buildings used for their livelihood. He is survived by his beloved wife Muriel, daughter Donna (Larry Carlson), sons, George (Marie) and Murray (Bev) and grandchildren, Hans (Jenelle), Erick (Nicole), Adam (Sara), Matthew (Bryana), Justin (Holly), Evan (Meghan), Tyler, Alex, Robyn, Brett and Kaitlyn as well as 13 great-grandchildren. Also survived by two brothers, Fred (Elaine) and Ken (Sharon), sisters-in-law, Shirley and Audrey. He was predeceased by son Keith (survived by Kyla) and brothers, Orval, Ray (Elza) and Lloyd.
The Griffin family was an important part of his life. Surviving are sisters-in-laws, Ruth Gee, Gwen Griffin, and Jean Griffin. Predeceased by parents-in-law, Reg and May Griffin, and brothers and sisters-in-law, Jim Griffin, George Griffin, Elsie (Ross) McDonald and Bill Gee.
As a young man, Don belonged to the Stonewall Grain Club and represented Manitoba at the Toronto Royal Winter Fair in seed judging. He travelled western Canada purchasing grass seed for Federal Grain and later worked on grain elevator construction. He eventually started his own business in Stonewall doing landscaping, snow removal and excavation as well as giving driving lessons and driving school bus. Don was a self-taught craftsman. He was skilled at wiring, plumbing, welding, carpentry, mechanics, and wood working. He enjoyed being a member of the Rocklands Antique Club. He was an avid reader of nonfiction. He loved to learn, had an incredible memory, and enjoyed exploring Manitoba in particular. Trees were a passion. He enjoyed planting them on his properties and transplanting for others. He was also a member of the Manitoba Woodlot Association.
In lieu of flowers, donations can be made to South West District Palliative Care, Inc., Box 1282, Stonewall, MB R0C 2Z0 or a charity of your choice.
Heartfelt thanks to South West District Palliative Care and the Stonewall and District Health Centre.