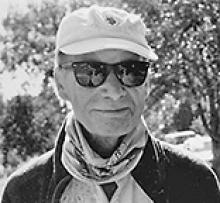 Vincent James Campbell of Calgary, AB, passed away on Monday, November 23, 2020, at the age of 65 years.
Vincent was born in Indian Head, SK to A. Brian and Kathleen Campbell, the fifth of six boys. After being born in Indian Head, the family moved to Thompson, MB. There the family thrived in the new community, and spent countless days outdoors hunting and fishing. Vinny, as he was becoming to be known, left Thompson in the early seventies for Lake Louise, and his love affair with the mountains began. He loved skiing, travel, fly fishing and bird hunting. He had two notable hunting dogs, Haig and Pinch, and spent many seasons walking the irrigation district hunting with the dogs. He spent a couple decades in the Inglewood district of Calgary, and was well liked by the neighbours, and was a local legend at The Hose and Hound Neighbourhood pub. Later in life he was a fixture in San Jose Del Cabo, and later Cabo San Lucas. He was a founding member of Pheasants Forever in Southern AB, with four other stalwart hunting buddies. Known to some as Lord Vince, he was a collector of hunting and car related "old things". He had a dry sense of humour, and most who knew him appreciated his sharp wit.
Vince was predeceased by his brother, Sean, in 1983; and survived by brothers, Colin (Judy), Matt (Melanie), Kim (Barbara), Roland (Lindsey); and many nieces and nephews.
In honouring his wishes, there will be no service at this time.
Should friends desire, donations could be made to Pheasants Forever Calgary, http://www.pfcalgary.ca/

Condolences, memories and photos may be shared and viewed on Vincent's obituary at www.McInnisandHolloway.com.