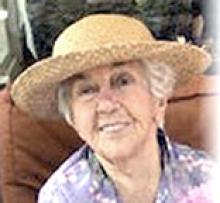 It is with sad and heavy hearts that we announce the passing of our wonderful mother, grandmother, sister, aunt, and dear friend, Lydia Iluk. After a short illness Lydia passed quickly and quietly at her home at Sun Point Village in Kelowna, BC.
She was predeceased by her husband of 60 years, Dmytro (Dan) Iluk and survived by her sister Rosa Mullhausen in Germany, children George and Anne, and grandchildren Lauren, Evan, and Jordan.
Lydia was born in Malin, Ukraine to parents Leon Segert and Emma Kroll. She was the second oldest of several siblings, most of whom, including her mother, died at an early age. Mom went to Germany to work and it was in 1946, when she was working in a flower shop in Whittingen, that she met her husband to be. They married in 1949 and in October of that year, they immigrated to Canada after being sponsored by Anne and Ed Lausman in Minnetonas, MB. In 1950, Lydia and Dan moved to Winnipeg where they raised their two children.
Lydia always worked full-time, first as a housekeeper for the families of the Major Generals of the Canadian Armed Forces and was later transferred to the kitchens of the Princess Patricia Canadian Light Infantry barracks on Kenaston Blvd. She retired at the age of 65 and took on the job of part-time babysitter for her three grandchildren.
Our mother had an amazing sense of humour, a sunny disposition, and always liked to have fun. She expressed a keen interest in others and in her free time she enjoyed going out to dinners and dances, and playing cards on a regular basis with many of her good friends. She also enjoyed gardening - both flower and vegetable - and in her early years did a lot of canning and preserving. Mom expressed her gratefulness for all life had given her and we are so thankful to have had her in our lives. She was an excellent homemaker and took pride in baking bread and cakes, and well well-known for her perogies. She spoke German, Ukrainian, Russian, and Polish, and liked to recite poetry, tell jokes, and translate for others in any of these languages wherever she went.
Although she was not religious, her Ukrainian heritage was very important to her. She attended Holy Family Ukrainian Catholic Church for many years where her children were able to learn about their Ukrainian culture and heritage though language, dance, music, and religion.
At the age of 89, Mom moved to Kelowna with her daughter Anne and two grandsons, Evan and Jordan, with Lauren joining them a few years later. She was in good health and eager to start a new adventure in life. She lived at the Northwood on Gordon Dr. before moving to Sun Point Village on Rutland Rd. where she lived in Reid's Corner and then Belgo, where she passed peacefully.
She spoke highly of all the staff and of her physician, Dr. Sebulsky. Our family would like to say a special thank you to the staff at Sun Point who always made us feel welcome and at home whenever we visited.
Due to Covid-19 restrictions, a private graveside service will be held for Lydia at the All Saints Cemetery. This service will be live streamed so anyone who wishes may join us online at korbanchapel.com on December 2, 2020 at 11:00 a.m.