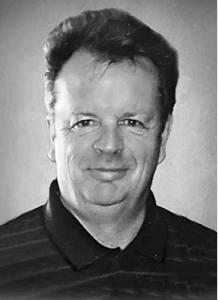 HAY: It is with great sadness we announce the passing of Garth W. Hay of Abbortsford, B.C. on Saturday, November 28, 2020, at the age of 80 years. He is survived by his two sons, Gordon (Teresa) and Darryl (Sheila); two brothers, Ron (Maxine), Bob (Leslie); grandchildren, Hope, Jenna, Jamie and Brent, as well as many nephews and one niece. He was predeceased by one brother, Gerry (Betty). Garth was born in May of 1940 in the small mining town of Bissett, Manitoba. He worked in the mine for a couple of years in his early 20's, then moved to Fredericton, N.B. where he took a year of Forestry Conservation. In 1965, Garth married Leona Ginter (d. 1989). He attended teachers college at the University of Winnipeg and became employed as a Phys. Ed. teacher in Brandon in the early 1970's, where he raised his family. He loved the outdoors, hunting, fishing, canoe trips with his brothers and family camping trips to B.C. during the summer months. He was very adventurous as he packed up and moved his family to Australia for one year in 1982. After the passing of his wife Leona in 1989, Garth moved to Abbotsford, B.C. where he has resided since. Garth was heavily involved in the church as well as church activities. During the 1990's and early 2000's, he made numerous trips to Africa where he did volunteer teaching, missionary work and spreading the word of God. Garth's cooking skills were never really top notch. Therefore, he was very well known by the waitresses at many of the local Abbotsford restaurants. "Seat me by the window please!", "For sure Garth, right this way!" Garth spent his last 2 years in Worthington Pavilion Care Home in Abbotsford, B.C.

Our thoughts and prayers
are forever with you!
We love you!
Messages of condolence
may be placed at www.brockiedonovan.com