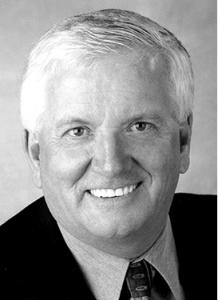 MANN: It is with sad hearts that the family of Charles William Ross Mann announces his passing with his loving family by his side on Monday, December 7, 2020 at the Assiniboine Palliative Care Centre, Brandon, MB after a short battle with cancer. Ross will be lovingly remembered by his loving wife, Carol; son, Jeff and wife, Tera and son, Craig. Ross will be also dearly missed and forever remembered by his sister, Pat McDonald; niece, Dr. Heather McDonald, and nephew, Scott (Kelsey) children, Owen and Griffin. Ross was predeceased by his beloved parents, Charles and Edith Mann and his brother-in-law Murray McDonald. Ross was born May 3, 1945 in Brandon, MB. The family lived in Brandon for his first few years then moved to the family farm in the Rounthwaite district south of the Brandon Hills. He went to a small country school called Delton until Grade 8, then took grades 9 and 10 in Nesbitt, MB and finished his high school at the Wawanesa Collegiate where he graduated in 1962. During these years he enjoyed working on the farm with his parents, learning how to hunt deer and shoot geese and ducks. He belonged to a 4-H club which he had a lot of success with leadership. He was chosen as president while he was a member. He enjoyed league curling and bonspieling and playing hard ball with the Oakland Braves as a teenager. He got his first job with Western Grocers as a salesman. It was also then that he met the love of his life, Carol Robertson. They married on July 20, 1968, Ross and Carol welcomed their first son Jeffrey Charles, January 29, 1977 and then second son Craig Harvey Ross, May 17, 1980. They spent most of their summer camping at Lake Max for the next ten years, enjoying time with their friends and the great outdoors. Ross also took time to coach the boys in soccer and baseball and managed Craig's hockey team for a number of years. Being part of the hockey world he became President of Brandon Youth Hockey for a number of years. While president he was asked to volunteer in the organization of the World Junior Hockey Championships Brandon December 26, 1998 —January 5, 1999. In his career change Ross took a job with W.O. Jones Insurance Adjustors to obtain a position with Manitoba Public Insurance Corporation in 1971 where he was employed for 32 years until retiring in 2004. He enjoyed golfing with the men's Wheat City Golf Club being president for 5 years and then joining the senior men's league to become president for 3 years. He and his wife also enjoyed mixed curling for a number of years at the Wheat City Curling Club and they also bowled for a few years which he also excelled at. He became a member of the United Commercial Travelers of America on December 3, 1983 where he went through the chairs to become President and is still a lifetime member. He also belonged to the Fenwick Lodge No.158, Mason's Lodge, joining January 20, 2020. He became a member of Khartum Shriners, Brandon & District Shrine Club and the Brandon Car Patrol which he was still a member. He enjoyed his time with the Brandon Car Patrol as he got to drive a little Mustang convertible car in all the parades they attended. They were always the highlight of the parade. He also had his own driving school, Wheat City Driving School, which he started in 2004 before retiring and was still driving when he became ill. It was right up his alley as he enjoyed being around people. He was very successful and wasn't ready to end his driving instruction career. He was also a handy man. Ross enjoyed helping his sons with renovations around their homes or cottages and, of course, anybody else that could use his skills. He was never one to sit still he had to be on the move. Ross also had a soft spot for his furry friends, Roxy, a jack russell terrier and Frank, a dachshund. Roxy was his son's Jeff dog and Frank was Jeff's wife dog. He loved to look after them, let them round in the back yard, take them for a walk and then have them stay for a sleep over. Ross loved to have Roxy, a lap dog, sit on his lap and get millions of kisses. He loved his "Grand" dogs and they are going to miss him dearly. Ross and Carol were fortunate enough to go south for the winters and enjoyed more than 20 years, some years were for only 2 months when Carol was still working but from 2013 to 2020 they were able to go and stay for 4 months. They had a time share in Palm Springs and stayed there for the first years and then bought a place in Mesa, Arizona were they enjoyed their last few years. A private memorial service will be held at Brockie Donovan Chapel on Friday, December 18, 2020. The family invites you to watch the livestream of the memorial service for Ross on Friday, December 18, 2020 at 2:30 p.m. by visiting Ross's tribute page at www.brockiedonovan.com. In lieu of flowers, donations may be made to Diabetes Canada, 401-1 Wesley Avenue, Winnipeg, MB, R3C 4C6 or to Cancer Care Manitoba Foundation, 1160-675 McDermot Avenue, Winnipeg, MB, R3E 0V9.