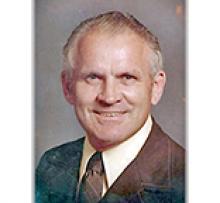 Walter Stanley Hyrchuck, aged 90, of Gilbert Plains, MB passed away on December 5, 2020 due to Covid-19. Walter was born on February 22, 1930 to parents John and Pearl Hrychuk in Zoria District of Ethelbert. Walter was raised in Gilbert Plains, Manitoba and attended Tanner School.
Walter married Jean Romas in 1956 and together they had one daughter Colleen. Walter owned and operated his own company, Parkland Windows until he retired. After his retirement, Walter opened his restaurant, Neighbour's Café in Transcona.
Walter then moved back to Gilbert Plains where he and his identical twin brother Steve built his house on Main Street. He was an active member of the community and spent several years on town council. He was a member of the drop-in center where he spent time playing pool.
Walter was an avid hunter, fisher and liked to spend his time curling. Walter loved to cook. Walter also travelled after retirement to Jamaica, Barbados and Mexico.
Water was predeceased by his wife Jean, his parents, and brothers, Bill, Matt, Mike, Steve and John, along with his sisters, Mary, Lil, Rose and Elsie.
Walter is survived by his daughter Colleen and husband Deryl; granddaughters, Carolynne, Ashley and husband Ben, and Kimberley and husband Steven; great-granddaughter Crystal; great-grandsons, Aidan, Liam, Carmine, Landon and Callen; and great-great-granddaughter Katie.
The family would like to thank Dr. Sandra Clark and the staff at the Gilbert Plains Personal Care Home where Walter was lovingly cared for.
In keeping with Walter's wishes, cremation has taken place. A Celebration of Life will be held at a later date.
If friends so desire, donations can be made to the Gilbert Plains Drop-In Centre or the Gilbert Plains Health Centre Recreation Department.