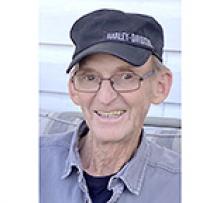 It's with heavy hearts, with family by his side, that we share the passing of our husband, father, grandfather and great-grandfather, after a courageous battle with mesothelioma.
He will be deeply missed by his family and friends. He is survived by Betty his wife of 47 years, his daughters, Lenore (Darcy), Shannon, and Rachel (Dallas), grandchildren, Jaclyn (Andre), Charlyn (Jonah), Travis (Vikki), and Colby; great-grandchild, "The Little Man" Jasper the apple of his eye. Siblings, Raymond, May, John, Murray and Bruce. He was predeceased by his parents Charles and Velma, his son Troy, daughter Twylia, his in-laws Les and Emily Jamieson, and sister, Ann.
Dennis was born December 24, 1945, in Carman, Manitoba. He spent his childhood years on the family farm in Darlingford, Manitoba. He married Betty Jamieson in 1973. They lived in Winnipeg, Warren and Balmoral, MB.
Dennis worked for the City of Winnipeg from June of 1982 until his retirement in June of 2008. Prior to there, he worked as a carpenter. Dad enjoyed his retirement, he was able to pursue his biggest passions, carpenter work, farming and caring for his cows, horses and planting his garden, which he was always more than happy to make sure you took your share home. He could always be found out in the yard tinkering with his machinery or building something. His recent project was restoring his "Old Willies." His passion was his family, fishing and hunting with his children and grandchildren. He fondly spoke of his hunting trip up north caribou hunting. He was always more than willing to lend a helping hand to anyone needing it.
Special thanks to Dr. Hicks and all the nursing staff at Stonewall Hospital for the wonderful care Dennis received during his final time with us. Your care and compassion will never be forgotten.
In lieu of flowers, donations can be made in his memory to Stonewall Hospital or Grace Hospital Cancer Care.
A private family graveside has been held. A Celebration of Life will be held at a later date.