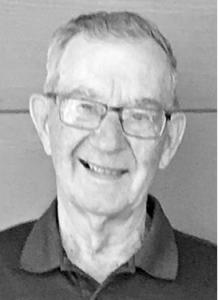 ESPEY: With tremendous sadness we announce the passing of Gordon Wilbert Espey on Wednesday, December 16, 2020 at the Riverdale Health Center, Rivers, Manitoba. For all the many people that knew Gordon, he will be remembered as a kind and gentle man that enjoyed sharing in a conversation. Gordon was born May 23, 1932 in the RM of Blanshard, near Cardale, Manitoba. Gordon and Joyce farmed in the Cardale area until 2014 when they retired and moved to Rivers. Gordon was an active member in the community for most of his life centered around Cardale United Church, curling and caretaking at the rink, sitting on a few boards here and there, and anything else that needed doing, as long as it included coffee at Dora's. He is survived by his loving wife Joyce of 67 years and cherished daughters Judy (Charlie Hall), Lois and Lori (Jason Milroy). He is also survived by his step family including grandsons Graeme (Andrea), Tyler (Channy) and great grandsons Liam and Matix. In addition, Gordon is survived by many nieces and nephews. Gordon was predeceased by his parents Ralph and Annie Espey, brothers Roy (Lil), Harvey (Mabel), Art (Doreen), Allan (Betty) and sisters Edna (Ted) and Bessie (Eddy). The Celebration of Gordon's Life will be planned in the Spring of 2021. The family would like to say a special thankyou to the staff and caregivers at the Riverdale Health Center Palliative Care Unit for their exceptional care and compassion. Donations in memory of Gordon may be made to a charity of one's choice.