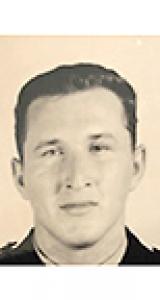 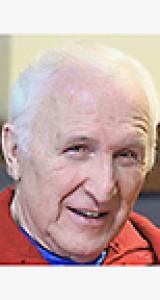 It is with extreme sadness that we announce the passing of Antoine Jean Benoit Green, best known as Tony at the Health Sciences Centre on December 12, 2020, at the age of 81 years with his family by his side.
He will be lovingly remembered by his wife Dianne (nee Lecocq) of 44 years, daughters Roxanne Schiewe and Jennifer (Lucas) Scott; grandchildren, Daphne, Robert, Chloe, Emmett and Keira; brother Kenneth (Lucy) Green; nieces, nephews, cousins and friends.
Tony was predeceased by his brother Edward (Pat) Green and parents Jack and Hortense Green.
Tony grew up in St. Boniface. He was very active and played a lot of golf, football and hockey. At the age of 18, he played hockey alongside his brother Ted for the St. Boniface Canadiens and was inducted into the Manitoba Hockey Hall of Fame in 2019. He declined a scholarship to the University of North Dakota to join the St. Boniface Police Department where he served and protected for 18 years.
In 1971, he crossed paths with a blonde haired, blue eyed lady who caught his eye and as fate would have it, they later met at his brother, Kenneth's wedding. Tony and Dianne were married on August 14, 1976.
It was Tony's dream to be in business for himself. And in 1978, Tony and Dianne followed this dream and bought into their first venture at the Carman Motor Inn, followed by L'auberge St. Pierre, Burke's Motor Inn in Morris and currently Hotel Labroquerie.
Tony was outgoing. He loved to talk and visit with people. He had such a love for life.
He loved his family and always wanted the best for them. He was so very proud to be a father and later on, a grandfather.
Tony touched many peoples' lives, and was loved by all who knew him. He will be sadly missed by all his family and friends, and forever remembered.
In accordance with Tony's wishes, cremation has already taken place.