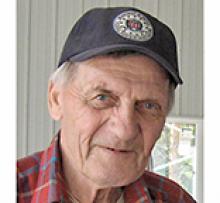 With sadness the family announces the passing of Bill Azaransky, on Saturday, December 19, 2020, at the age of 83 years.
Left to mourn are his sons, Mike (Carrie), Ken (Kim), sister Kathy (Mal), grandchildren, Andrew, Kalan, Avery, Alison and Kyle. Bill was predeceased by his wife Linda, who passed in 1997, and his parents, Serghi and Anastazia Azaransky.
Born in Hlukhiv, Ukraine on March 8, 1937, Bill and his family immigrated to Canada in 1949. They originally settled in Lethbridge, Alberta, then to Winnipeg in 1951. In 1968, Bill married Linda, and in 1972, they moved to West St. Paul, Manitoba, where they raised their family and became pillars of the community. Bill earned a living as a Diesel Mechanic, working at Midwest Detroit Diesel until 1982, then chose self employment, opening KML Engine Service which he operated until retirement. Bill was a mechanical genius, a pilot instructor, a civil defence volunteer, and tremendous father to his sons, as a patient guiding light, he gave them the world. Generous and humble, he will be missed.
Thanks to Holy Family Home for their support.
Following current health guidelines, Services will be held on Monday December 28, 2020, at the Holy Trinity Orthodox Cathedral, followed by internment at Glen Eden Cemetery.
Those wishing, Donations may be made to the Heart and Stroke Foundation of Manitoba.