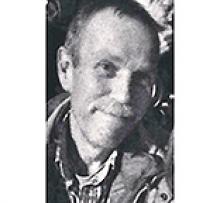 It is with extreme sadness that we announce the passing of Lloyd Van Grey (November 27, 1956) on December 25, 2020.
He is survived by his wife Carol, loving daughter Kristin (Mike), son Michael (Olivia), granddaughters, Maya and Ariana, brother Randy, brothers-in-law, Donny and Jim (Lori), nieces and nephew.
Lloyd was born and raised in Winnipeg, Manitoba. He grew up in the St. Vital area and later settled in East Kildonan with his family. Growing up, he loved playing sports and being active. After graduating from Dakota Collegiate, Lloyd attended Red River College where he studied Business Administration. He spent a lot of his time in college playing intramurals and enjoying the social benefits of attending such a facility. Lloyd had a strong dedication and love for his family, especially his wife of 40 years. His commitment to her and to the care and comforts of his family are what mattered most to him. He had a love of animals and a special bond with his dog Bailey.
Even after a later diagnosis of Multiple Sclerosis, he always had a smile on his face and loved helping others; especially his children and granddaughters. He enjoyed spending his summers at the cabin where he spent his time outside tinkering and on home improvements. Lloyd will be remembered for his warmth and kindness.
We would like to thank all the nurses and doctors who cared for him at St. Boniface Hospital.
In lieu of flowers, donations may be made to the Winnipeg Humane Society.