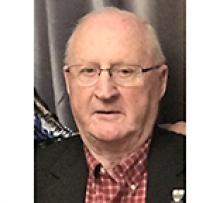 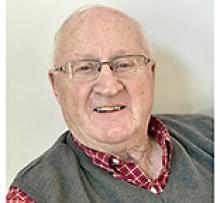 Donald Murdo Campbell passed away peacefully on December 24, 2020, at the Health Sciences Centre in Winnipeg, at the age of 87, with his wife and youngest daughter by his side. His passing was from an unrecoverable head injury from a fall taken at home.
Don was born on October 10, 1933 in Winnipeg, the second son to George and Jean Campbell.
He had a brief career in the RCMP where he served in Ottawa, Toronto, and Weyburn. He then returned to Winnipeg and worked for Empire Dray Trucking as a dispatcher.
It was while he was back in Winnipeg that he met the love of his life at a wedding in 1966. In 1968 he married Patricia Campbell (Station), had two daughters and enjoyed 52 years of marriage.
Don worked for the federal government as an investigation and control officer for Human Resources Canada, moved to Saskatoon for a short time, then they decided to return to Winnipeg where they bought a home and lived for 45 years. He took great pride in his home and was known in the neighbourhood for having a beautiful lawn.
He retired from the government in 1991 and enjoyed spending time with Pat in Gimli, and taking trips to Calgary, Las Vegas and Palm Springs.
Don is survived by his wife Patricia; daughter Carolyn Nemetchek, her husband Mervin, his sons, Matthew Nemetchek, Shaun and Susan Nemetchek and their daughter Harlee; daughter Heather Chapko, her husband Kirt and grandchildren, Brooke and Kyle; brother Kenneth Campbell and wife Jennie; in-laws, Rick and Chris Station, Fred and Myrt Station, Sandra McInnes; Don's daughter Sherry Lynn Campbell, and numerous nieces and nephews.
Don will be remembered as a loving husband, father and grandfather, an animal lover, big fan of the Winnipeg Blue Bombers, Minnesota Vikings, and Jeannie's cake. He was also a long-time member of the Royal Canadian Legion Transcona Branch 47, Masonic Lodge No. 3, Shriners Khartum Temple, past president of the Provost Corp, and a member of the RCMP Vets.
Details of his Celebration of Life will be announced when gatherings are permitted.
In lieu of flowers, donations can be made to the Transcona Legion Poppy Fund.
Publish Date: Jan 16, 2021


On December 24, 2020, Donald Murdo Campbell, loving husband to Patricia Campbell, passed away at the Health Sciences Centre.
Cremation has taken place.
A longer obituary and details of Don's Celebration of Life will follow.
Publish Date: Jan 2, 2021