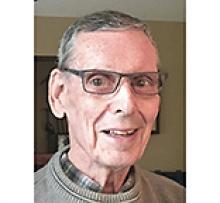 Douglas (Doug) Whalley, aged 84, passed away peacefully at the St. Boniface Hospital on Christmas Day.
He is survived by his wife Denyse (Aikenhead) Whalley; children, Donna, Raymond (Dee), Brian (Sue), Bruce (Denise), Lesley (Kevin); grandchildren, Christopher and Zachary Whalley; sisters, Nancy Wiebe and Joan (Whalley) Russelle; stepmother Sandra Whalley and stepsiblings, Debbie Ryan, Kelly Whalley and Dave Whalley.
He was predeceased by his father Frank Whalley and his mother Marguerite (Franklin) Whalley.
Born and raised in Winnipeg, Doug spent his summers from 1954 to 1956 in the Navy RCN Officer training program as a Cadet and later Sub-Lieutenant. He was also a summer student at Hudson Bay Mining and Smelting. In 1959 Doug received his Engineering degree from the University of Manitoba where he was a member of the Sigma Phi Delta Fraternity. Doug and Denyse married, then relocated to Flin Flon and Snow Lake where he continued work with HBMS. In 1962, Doug moved his family back to Winnipeg and joined Manitoba Hydro as a Professional Engineer, where he continued his career until retirement.
Doug was an active member of Donnelly United Church and Trinity United Church and dedicated his time and efforts as a Board member. He was a very skilled DIYer and could fix just about anything . Doug was an avid cyclist and enjoyed a few trips through the rocky mountains, dabbled in photography, sang in the church choir and was a member of the Winnipeg Male Chorus for many years.
Doug's family was his first priority and he was there for every celebration. His keen wit and love of 'Dad jokes' was passed onto his children. Doug will be deeply missed by all who knew him.
A celebration of his life will be held at a later date. In lieu of flowers, donations may be made to the Parkinson Society Manitoba.