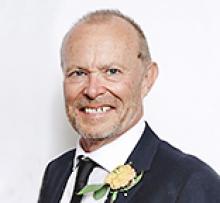 It is with deep sadness that we advise of the passing of William Parker Fillmore on December 27, 2020.
Beloved son of the late Catherine Elizabeth (Fowler) and Charles William Fillmore. Parker is remembered by his wife Paula, daughter Jessie (Tanya) sisters, Charlotte (Bob) and Cathy (Rick), Paula's children, Sam (Justine), Nick and Sarah, and his dogs, Jax and Gemma.
Parker lived his entire life in St. James, graduating from the University of Winnipeg with a BA in 1971 and from the University of Manitoba Law School in 1974. Following in the footsteps of his grandfather and father (Fillmore, Riley and Fillmore), Parker had a successful law career at the same firm, now Fillmore Riley LLP. He was well known around the office for his humour and early morning punctuality, typically being the first person to appear in the office and get the coffee going, often arriving on his Harley. In addition to practicing Corporate and Commercial Law, Parker was generous with his time and expertise, serving for many years on the Boards of philanthropic organizations, such as the Winnipeg Industrial Skills Training Centre Inc., Main Street Project and TAMARACK Recovery Centre. Parker was always so generous with his time and legal expertise. Like his father Charlie, giving back to the community was very important to Parker and he worked to instil these values in new lawyers joining the firm. Even after retirement in 2012, he was always there to offer assistance to organizations he worked with or to family members opening a new business. On many occasions, he would gladly read over contract documents for his daughter Jessie and later his niece Charlotte (Adam).
Parker was deeply loved by his family, including many nieces and nephews and their families: Susan (Michael), John (Bonni), Rob (Kathryn), Charlotte (Adam) and Charlie (Annika). He added a playful and fun layer to every family gathering, whether through elaborate costumes or pranking his sisters. Parker had an engaging, witty, and entertaining personality that drew people to him. He had many dear and close friends from his professional and community service work as well as from his interests and eclectic pursuits. Highlights include duck hunting, Harley road trips, African safaris and winters in Palm Springs. More recently, Parker developed a keen interest in golf, which he delighted in sharing with his daughter. Parker also had a strong mechanical aptitude and could spend hours tinkering away in the garage. He was renowned for his collections of motorcycles, antique vehicles, military ephemera, and historical costumes. Parker had a lifetime love of animals, from Timmy the black cat from his childhood to his boisterous bloodhounds, Beauregard and Cooper, to rowdy Ranger the black lab to his beloved dogs, Jax and Gemma who were his constant companions in later years.
Parker suffered from depression and sought guidance, finding a great deal of support from the meetings, programs and people surrounding Alcoholics Anonymous, Finding Freedom and RE:ACT. Within these programs he found comfort and met many people who became his friends. The family would like to thank everyone who helped him along his way.
Parker was a genuine character who was loved by so many people, and our lives won't be the same without him. We carry our memories of silliness, love, and laughter to help soften our grief.
A Celebration of Life will be held at a later date.
Donations in Parker's name may be made to TAMARACK Recovery Centre.