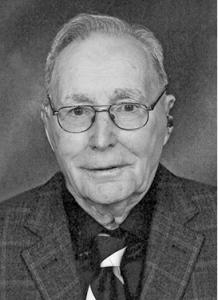 OLIVE: John (Jack) Wellington Arthur Olive passed away peacefully, with his wife by his side, on January 1, 2021 at West Man Nursing Home in Virden, Manitoba at the age of 92 years. Jack was born in the Rural Municipality of Sifton on March 25, 1928, the second son of Wellington and Hazel Olive of Oak Lake. He leaves to mourn his loving wife of 65 years, Alice; daughter, Patricia (Bev) Patterson of Hamiota and son, Kenneth (Anna) Olive of Sylvan Lake, Alberta. Jack is also survived and lovingly remembered by grandchildren, Shawn (Emilie) Patterson, Laura and Julie Olive, as well as great-grandchildren, Molly and William Patterson and Duke Maddox (step-grand), his sister, Joyce Olive (Ted Snow) and her family, Wendy and Christi, sister Nora's family; Donna Scott, Lynda (Bruce) Slaughter and Janet (Brad) MacDonald, all of British Columbia, brothers-in-law and sister-in-law Murray and Phylis Kennedy, and Bill Henderson and many nieces and nephews. Jack was pre-deceased by his parents, Wellington and Hazel Olive, sister Nora Scott, brother and sister-in-law James and Betty Olive, step-grandson Joel Maddox, also sisters-in-law and brothers-in-law Margaret and James Orr, Jessie and Charles Stewart, Dorothy Bussey and John Henderson; nephews, George Watt Junior and Bill Stewart. Jack attended Runnymede Elementary School and Oakwood High School in Oak Lake. He was a farmer all of his life, farming with his father and brother just east of Oak Lake. He raised and was very fond of his Hereford cattle. For several years in the fall, he was very busy hauling other farmers' hay stacks in the area with his stack mover. Jack's main hobbies in winter were curling in Oak Lake and attending bonspiels in surrounding towns and skidooing with family and friends. In summer, he spent many hours on the golf course at Oak Lake and neighbouring courses. Jack was given a Life Membership on the Oak Lake course for the many hours he spent with fellow life members, Steve Medvedew and Al Sigurdson and other members building and enlarging the home course to grass greens. They enjoyed many games together in the mornings for years, another game after the evening meal, with Alice. In winter, Jack could be found on Oak Lake in his fishing shack, fishing and visiting with other fishermen. He also enjoyed fishing from his boat in Oak Lake with Alice and various lakes in the North with buddies. Jack also took great pleasure keeping the yard and garden looking great. Jack had a very keen sense of humor. On his recent term of care, his charge nurse said "He was the most resilient person she had ever met with a sense of humor second to none". Jack was also a Life Member in the Oak Lake Agricultural Society for his many years in the Cattle Section. Time was also enjoyed with minor hockey. He was very proud of son Ken's work in the 4-H Calf Club and daughter Patti's successful projects and trips in 4-H Sewing. Travelling was special from 1988 to 2006. Jack and Alice enjoyed a special holiday in the South Pacific in 1988 enjoying stays in Hawaii, Fiji, New Zealand and Australia. Jack had never flown prior to this and before he returned home, he was on 21 different flights. As he stepped off his flight home, he wasn't going to fly again. Alice's cousins in New Zealand invited us again; he liked those golf games, tours and card games with those friendly Kiwis so much we were in the air again. We met many new friends on these trips and throughout Canada and the US and on a very enjoyable Caribbean cruise. A celebration of Jack's life will be held at a later date. If friends desire, a donation may be made to the Oak Lake and Area Foundation, Box 133, Oak Lake, ROM 1P0 in memory of Jack.

OLIVE: John (Jack) Wellington Arthur Olive, beloved husband of Alice Olive, father of Patricia Patterson and Kenneth Olive passed away at the Westman Personal Care Home on Friday, January 1, 2021 at the age of 92 years. A Celebration of Life will take place at a later date. In lieu of flowers, donations may be made to the Oak Lake and Area Foundation, Box 133, Oak Lake, MB, R0M 1P0.