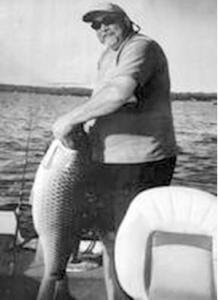 RANKMORE: We are heartbroken to announce the passing of our husband and father Kenneth "Mark" Rankmore on January 2, 2021 at the age of 68 years. Mark is survived by his wife of 41 years, Janice, daughter Stephanie (Christopher), granddaughters Josephine and Genevieve, brother Doug (Shelagh) and nieces Annie and Sydney. Mark was born in Brandon and spent his adult years working in different areas of business around the city. He worked for Federal Pioneer Electric, Marrs Boat Plant, The Brandon Club and eventually partnering in Humpty's Family Restaurant with his wife. As a young man, Mark enjoyed playing baseball, basketball, hockey, darts, pool and poker. Because of his competitive nature he often played for awards but most importantly for the pleasure and camaraderie. Eventually, due to health concerns, Mark retired. He always intended to focus on his hobbies (like hunting and fishing) but unfortunately that was not to be. The last five years presented numerous deteriorations in his health and thankfully, his heroic battles have come to a peaceful end. As much as he enjoyed those hobbies, the most important thing to him was family. Some of his favorite memories always included Carol and Mark Kindrat, Garry and Rhonda Unger, Marc and Doreen Alain, Joanne and Brian Mackie and his brother Doug, as well as his hunting, fishing and poker friends. His granddaughters were the light of his life though. He learned how to text and video chat to keep in touch with them and he loved hearing about all of their accomplishments, their stories and their laughter. They will miss their Papa incredibly. We all will. Janice and Stephanie would like to thank the nurses and staff at BRHC and most specifically the Palliative Care Unit at the Assiniboine Centre for taking care of our Hero as much as he took care of us. We will never forget how kind you were to him and to us. There will be a memorial service at a later date to celebrate Mark's quirks and imperfections, just as he would have wanted.

"It is what it is girls"
Expressions of sympathy may be made at www.memorieschapel.com