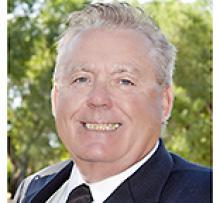 It is with broken hearts that we announce the passing of our beloved father, grandfather, brother, uncle and friend; "Fearless" Fred Stewart Adair at the age of 73. Fred lost his battle with cancer with family at his side at St. Boniface Hospital in Winnipeg, MB on Saturday, January 2, 2021.
Fred was one of a kind and one of the best. It was rare to see him without a smile, and he enjoyed making other people smile too. He was generous to a fault, and we often thought that the phrase 'give the shirt off his back' was talking about him. He would do anything for his friends and family, and never hesitated to help when a call was put out. Fred got his nickname Fearless as a youngster growing up in Weyburn, SK. He never backed down when he believed in something, and he gave 100% in everything he did; nothing was left in reserve.
In 1990, Fred started with the Canada Revenue Agency (CRA) as a Technical Interpretation Officer for GST, where he worked until he retired in 2013.
Fred leaves to mourn his children, Kevin (Jodee Cobb-Adair) Adair, Kimberley (Robert Gagnon) Adair-Gagnon and Jennifer (Daniel Dawson) Adair; his five cherished grandchildren, Jillian and Kolby (Adair), Claire (Gagnon), Quinn and Archer (Dawson); his brothers, Calvin (Darlene Zuk-Wodinski) and David Wodinski; and the mother of his children, Linda Lawrence (Larry) Lamb.
Fred was predeceased by his grandparents, Colin Leslie and Ethel (nee Lounsbury) Adair; mother and stepfather, Iris (nee Adair) and Michael Wodinski; and numerous aunts and uncles, especially Lorna and Tom.
In memory of Fred, family and friends are encouraged to make a donation in his name to United Way Winnipeg or a charity of your choice.
Cremation has taken place and a memorial service will be held at a future date.
He was a kind and wonderful man, and we will always remember him; he is gone but not forgotten. We love you, always and forever.
Thank you for your love and support during this difficult time.