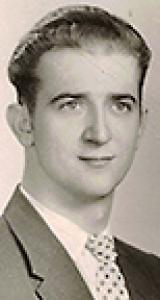 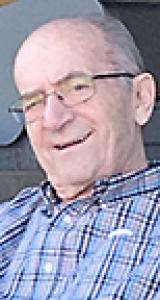 Heinz Bauknecht, 85, of Winnipeg, Manitoba, passed away unexpectedly, but in peace while eating a bowl of vanilla pudding on December 31, 2020. He would never pass up dessert. It always made him happy.
Heinz was born to parents, Eugene and Klara Bauknecht on January 1, 1935, in Stuttgart, Germany. At 21, he immigrated to Canada looking for opportunity, a woman to marry and a better life. He was a quiet, kind and loving man with a great sense of humour.
He met and married his main squeeze Alice, the love of his life, in 1971. She survives him. One of Heinz's biggest accomplishments was being a father. He was a father like no other. His children meant the world to him and all he ever wanted was to provide for them ensuring they had opportunities. He was always there for them through their ups and downs, teaching them to enjoy every moment life has to offer.
Heinz is also survived by his brother Eugene (Sophie), daughter Michelle (Mark), son Ken (Tamara), daughter Wendy (Jeri), son Brian (Nancy), as well as grandchildren, Kai, Ryan, Dylan, Terri (Dylan), Jason (Jessica), Fraser and Joshua and his great-granddaughter Sophia. Heinz was predeceased by his parents and brother Guenther.
Heinz received a formal accounting education in Germany. He began life in Canada as a painter, then imported and sold German goods. He became the bookkeeper for the business. After saving enough money, went into the hotel business with his brother, Eugene. Heinz valued hard work and honesty. He knew the value of a dollar, the pride that comes with a job and taking care of your family. He instilled it in his children.
The life he and Alice created included a beautiful cottage at Booster Lake they built themselves and a wonderful almost 30 year retirement. They spent winters in Weslaco, Texas surrounded by friends, hosting dinners, playing cards and dancing. He never complained about anything unless it wasn't Alice's cooking.
Due to COVID 19, a memorial service will be held at a later date when gatherings are welcomed.
The family would like to express our sincerest gratitude for all the lovely messages and memories that people have shared. Heinz touched many lives with his love and kindness.
In lieu of sending flowers, the family suggests that people make donations in support of Heart and Stroke Foundation.