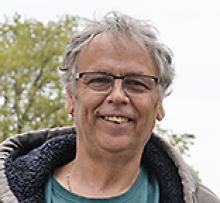 With heavy hearts we announce that Ron, aged 64, passed away at home on January 6, 2021.
Ron was born in Winnipeg, MB on May 24, 1956. He grew up in North Kildonan attending River East Collegiate where he found his passion for fixing vehicles. Ron's career began with The City of Winnipeg where he was a lifeguard. In 1975, he joined The Winnipeg Fire Department where he served 39 years to the City of Winnipeg, retiring as a Captain at #27 Station in January 2014.
Ron enjoyed many summers at the family cottage in Falcon Lake, and winter vacations to Cuba. Ron found great joy in helping others regardless if the job was big or small.
Ron is survived by his wife Yvonne, daughter Brooke, son Bryce (Alexus), mother Ethel, brother David (Alice), mother-in-law Pat, brother-in-law Perry, and many aunts, uncles, cousins, nieces and nephews. Ron is predeceased by his father Roy, father-in-law William, and brother-in-law Neil. Ron will be missed by the family dog Portia, whom he took everywhere.
Cremation has taken place. Following the COVID Restrictions a service will be held at a later date.
In lieu of flowers, donations can be made to CancerCare Manitoba or The Manitoba Firefighters Burn Fund if so desired.

Condolences may be left on Ron's memory Page at www.interlakecremation.ca