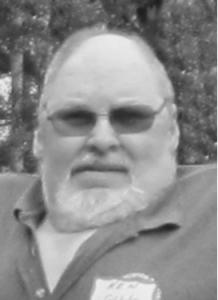 GILL: Kenneth Harland Gill passed away unexpectedly on Tuesday, January 5, 2021 at Rotary Villa in Brandon. Ken, born April 7, 1953, was the oldest child of Doug and Eunice Gill of Rivers. He grew up on the family farm north of Rivers and attended school in Rivers, graduating in 1971. After a couple of years at U of M, he began working for Manitoba Highways, retiring after a 35-year career. Ken was married in 1983 to Sharon Chartrand and lived in Rivers for a few years. He then lived in Minnedosa for many years prior to moving to Rotary Villa in 2018. Ken was an avid motorcycle rider from his teenage years until his health no longer permitted. He then took up golfing and bowling and enjoyed many hours socializing at both. He was a member of the Lions Club and a volunteer at "Rockin the Fields." Ken was predeceased by his parents Doug and Eunice and his sister Norma Gill. He will be lovingly remembered by his son Nick Gill, sister Gaye (Darrell) Loree, brother Grant (Terry) Gill and nieces and nephews. A Celebration of Ken's Life will be held at a later date.