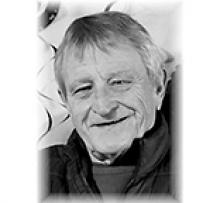 Alan Porter passed away, peacefully in his sleep, on December 30, 2020. Alan was born January 11, 1945 in London, England, immigrated to Winnipeg in 1974 and started a new life in Canada. In 1999, he moved to the Grand Beach area and spent the last years in Grand Marais, where he had many friends, and enjoyed his life in the country.
Sara and Mary Ann would sincerely like to thank friends and family, who gave their support and helping hands, in this very difficult time.
A remembrance to Alan will be held at a later date.
Donations may be made to a charity of your choice.
Tributes may be left on the Korban Funeral Chapel website.