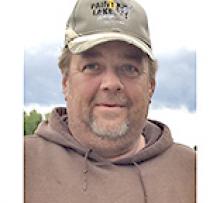 It is with broken hearts we announce the passing of George Kevin Armstrong. George lost his battle to cancer and passed peacefully on January 10, 2021, at the Brandon Regional Health Centre - Palliative Care at the age of 58, with family and friends at his side.
George was born on January 8, 1963 in Hamiota growing up near Oak River, Manitoba. He spent a lot of his time at his Uncle Andy's farm and at his property along the Riding Mountain National Park. From a young age, George was passionate about the outdoors and farming which was seen in the endless hours he spent exploring and horseback riding in the area. Deep Lake was special to him as his mother spent many days camping there. His greatest passion was his family and friends who he held dear in his heart.
George started his career in farming in the Ruthenia, Manitoba area on his property alongside Riding Mountain National Park. Here he was able to enjoy the outdoors while maintaining his farm. It was also a gathering place for many of his friends and neighbours. After years of farming, George switched careers and entered the drilling industry. This included oil wells, mineral deposits, and exploration in northern Manitoba which brought him to call Thompson, Manitoba home for many years. Being in Thompson, George was able to fish nearly every day as he had a lakeside property on Paint Lake.
George retired in the fall of 2018 from Vale as a Shift Supervisor after a successful career in the mining and drilling industry. He moved back to his property in Oak River to enjoy his passion for the outdoors, farming, hunting, and most of all fishing. He would spend every day enjoying outside, often with his right-hand man, Henry tearing around by his side. For those who did not know, in Oak River, George lived off the grid and was proud of it!
George has always been a very free spirited, witty person. He often told stories of his adventures, from a young man and throughout his life. Many people crossed George's path and he had many friends. With that, he also had many stories to tell – some that people would prefer he would forget. George was a people person and was able to associate relationships with everyone he came into contact with, whether they knew of George or he knew of them through friends of friends. He seemed to know everybody; and if he did not, he talked to you anyways about anything.
Left to cherish and honour his memory is his brothers, Darron and Lana Armstrong, niece Quinn; Alan and Susan Armstrong, nieces, Carissa (James) Treloar and Kiarra (Tyson) Peters; special friends, Tim, Roseanne Dylan and Robyn Yaremchuk, as well as extended family and friends.
George is a legend to his friends in the hunting and fishing communities, from hunting elk and moose along Riding Mountain National Park, hunting deer in Oak River to walleye and lake trout fishing in northern Manitoba. He had that special fishing magnetic touch. With his Cancer diagnosis in March of 2020, we can say he lived his life to the fullest as much as reasonably possible. He was able to fish, goose hunt, deer hunt and most recently up to his hospitalization he went ice fishing.
We would like to thank CancerCare Manitoba, Gale and her staff at Daughters On Call, Dr. Mandeep Dhaliwal (Rivers Health Centre), Dr. Jamie Rist and the staff of A3 for the care and support provided to George.
In memory of George, family and friends are encouraged to make a donation in his name to CancerCare Manitoba.
Cremation has taken place with a celebration of George's life to take place at a future date.
George's wit, memories and knowledge will live in all of us and all of the people that he encountered with forever. He was loved dearly and will be truly missed. The fight is done - time to rest.

Messages of condolence may be shared at www.campbellfuneralhome.ca
Campbell Funeral Home, Hamiota are in care of the arrangements. (866) 620-2744