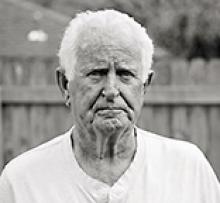 It is with heavy hearts that we announce the passing of our father Jimmie Ray (Jim) Ragsdill, 81, of Arlington Texas. He passed peacefully in the arms of his two sons, Jody and Jamie, on January 8, 2021, at Mansfield Methodist Hospital.
A man who would and could strike a conversation with anyone who would allow and sometimes even those who would have resisted, Dad could make friends wherever he went. Dad met Mom (Karen) while stationed at the Grand Forks Air Force Base, their marriage of 54 years would be shared between Canada first and finally Texas later in their lives. Family and friends were paramount in Dad's life and regardless of distance, they would remain in his heart and thoughts always. The time spent at the lake with family and friends held a special place in Dad's heart and the memories that remain will continue on with his children. Of his many accomplishments, Dad was most proud of his involvement in civic life while living in Canada. The memories of his efforts with Valley Gardens Community Centre remained a source of pride and lore. Whether it be through the winter carnivals, ultra competitive bed races or the odd social, Dad was rarely shy. A Scout leader and volunteer with the Junior high school wilderness program awarded him an outlet to pass on experiences to kids that may not otherwise have had that opportunity. Dad was a Shriner as well as serving on the School Board, City Council and as Police Commissioner for the City of Winnipeg. He was a man that believed that getting involved was the only way to effect change. He loved time spent baking with his granddaughter, cherishing traditions passed down through both families and never missing the opportunity to love on any dog, be it familial or stranger to him.
Dad is survived by his two sons, Jody (Holly) and Jamie (Kelly), as well as grandchildren, Mackenzie, Megan, Merideth, Max and Renee; his sister Charlotte Newport (Forrest); sisters-in-law, Danielle Riel (John); Anita, Barbara and Lonnie Ragsdill, as well as numerous nieces and nephews.
Dad was predeceased by his wife Karen and son Kyle; parents, James and Ruth Ragsdill, in-laws, Dan and Mildred Blackburn, brothers, David and Ralph.

An always reliable presence in our lives,
you will be missed Dad.