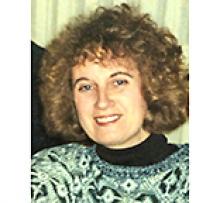 Peacefully, in the early morning of January 12, Arta passed away.
She will be lovingly remembered by her son Michael (and Kate), her two beautiful grandchildren, Elizabeth and Michael, her brother Steve (and Mary) and her lifelong friend Donna Turcotte. Arta was predeceased by her parents, Eddie and Nonie, and her sister Colleen.
Born in Winnipeg, her adventures of growing up in the Norwood Flats in the 1950s and 1960s were innumerable. We often joked that the advantage of 'seniority' at our present age was that these stories could become bigger and better with each telling, and Arta had her doctorate in storytelling, Donna has confirmed that many times.
Kenora became her adopted home many years ago, she spent most weekends there as a teenager, and returned full time a few years after Michael was born. In time she began working for Doctors Agnew and Chapman, building friendships with many colleagues and many more patients, over a long career. She finally retired in 2012, more than 20 years after her first symptoms of MS appeared. It was only going to slow her down a little, it would not prevent her from getting her work done.
Her final years were spent at Pinecrest Home in Kenora. The support that we received from the admin folks, the nurses, Mike, Rob, Nicole, the dining room staff was beyond expectations. The care and dignity exercised by these kind people can never be adequately expressed. Special thanks also to her friend Dolly who would visit regularly and surprised her with a special birthday gift several months ago. In our present state of Covid protocols, Arta was thrilled.
Cremation has taken place, in time Arta will be interred in her family plot in Altamont, Manitoba.