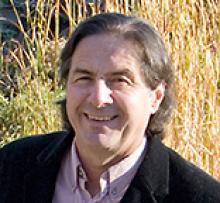 It is with very heavy hearts that we announce the passing of Randy, loving father, son and brother. Randy passed away peacefully with his family by his side, after a short but very intense battle with cancer.
He leaves to mourn his long-time girlfriend Deena; mother Ethel; sons, Bryan (Irina) and Daniel; daughter, Jill. He also leaves to mourn his sisters, Joanna (Ken) and Lori; as well as nephews, Jeffrey, Christopher, James, Matthew and Viktor. Randy was predeceased by his father, Carl Pshednovek; sister, Carol Hunter; and granddaughter, Randi McLeod.
Randy was born in Winnipeg, MB and raised in Anola, MB. He began his career as a carpenter early in life, and became a journeyman in 1984. In 1986, he established Fine Line Builders, a successful commercial and residential renovation company that was much sought after for their quality workmanship. Randy's life's work can be seen in many homes, offices and cottage properties throughout Manitoba. In 2008, Randy retired from Fine Line Builders, but continued working under the iconic RP business name. He had many friends and lived life to the fullest. Randy touched many lives and will be fondly remembered for his talent as a carpenter and craftsman, as well as his love of debate.
Special thanks to the doctors, nurses and staff at Health Sciences Centre, CancerCare and Riverview Health Centre.
As per Randy's wishes, cremation has taken place. A celebration of Randy's life will be held at a later date when COVID restrictions are lifted.
Donations to CancerCare Manitoba would be greatly appreciated.