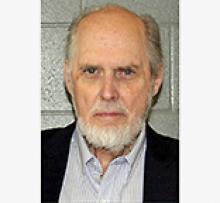 Peacefully with family at his side, Grandpa Gerry passed away.
He leaves many to mourn his passing, his daughter Cary and her husband Steven and their children, Elizabeth and Cameron; his son Jonathan and his children, Sophie and Charlotte; his son Chris and his partner Amanda and their children, Taylor, Kennedy, Madison, Bethany and Lucas; his son Andrew and his wife Erin and their children, Bennett and Emilia; and his brothers, Glen, Erling and Eric.
Gerald grew up and attended Public School and high school in Saskatoon, Saskatchewan, working first in a bowling alley, then for the telephone system. He started as an air traffic controller in 1957, serving first in Winnipeg, then Toronto, Thunder Bay, Regina, and eventually Winnipeg where he retired in 1996 after a career of more than 39 years.
He met his wife, Penny while they were both playing in the Regina Symphony in 1961, and they were married in 1962. They were married for over 46 years, until her passing in 2009. Gramma Penny played such a huge role in everyone's life, and after her passing, Gerry kept up with recognizing all of the special days.
Dad worked very hard to provide for his family. He loved his grandkids, and was passionate about time, weather, classical music, electronics, movies, and especially The Goon Show. He took pride in everything he owned and took great care to preserve their integrity regardless of how much duct tape it took. Gerry was always very generous with his time and talents.
As his best friend Jim Koehler stated "it is the end of an era".
Thank you to the caring staff at the Grace Hospital, unit 4S, especially Janina.
A memorial will be planned for a later date.
Donations may be made in his memory to the Grace Hospital in Winnipeg.