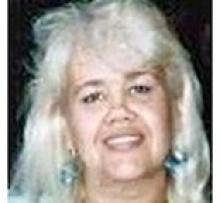 It is with great sadness we announce the passing of Irene at age 71 on Saturday, January 9, 2021, after a brief illness.
Irene is survived by her mother Stanislawa; daughters, Yolanda (Duane) and Catherene (Robert); and grandchildren, Jesse, Cole, Samantha, (Yolanda) and Logan (Catherene). Irene was predeceased by her father Adolf Krzywdzinski.
Irene was born and raised in Winnipeg and attended Garden City Collegiate. She worked many jobs during her career including several years in the gold mines of Yukon where she welcomed her first daughter, Yolanda. Back to Winnipeg with the birth of Catherene. Irene spent many years working at Woolco where she was known as the plant lady, having a very green thumb and love of animals. Her new home was her pride and she landscaped and decorated beautifully with nature hovering around. Some of her happiest memories were on vacation with her young girls in Maui and later with the whole family in Mazatlan.
A private interment will be held for immediate family.
Irene will surely be missed but never forgotten.