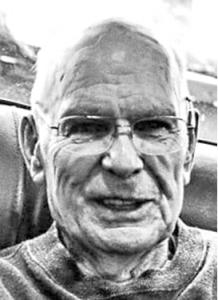 BURTON: James William "Lloyd" passed away peacefully with family by his side on Wednesday, January 13, 2021 at the Brandon Regional Health Centre. Lloyd was born in Brandon on October 19, 1931 to James Harold and Euphemia. He spent his youth working on the family farm and had several jobs before he settled into the gravel business, where he spent more than 50 years operating Burton Construction. Lloyd was referred to by some as the "Godfather of Gravel". He also spent many years associated with Central Community Centre and coached many youngsters in local hockey. Lloyd was able to strike up a conversation with anyone and often had a connection with someone they knew. He was predeceased by his parents, his beloved wife Violet, his youngest daughter Mavis, and his brother Beverly. Lloyd will be lovingly remembered by his children Barbara, Glen (Kathy) and Diane; six grandchildren Abbey (Brock), Sarah (Jason), Erik (Jillian), Jessica, Emma (Tanner) and Jordan; three great grandchildren Truman, Benjamin and Adeline; and his sister Laurine Grandison. Lloyd lived his life with humor and grace and will be greatly missed. A Celebration of Lloyd's Life will be held at a later date. Flowers are gratefully declined. Donations in memory of Lloyd may be made to a charity of one's choice.