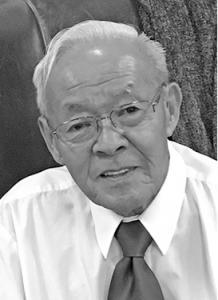 UTSUNOMIYA: Kenji "Ken". With great sadness we announce the sudden passing of Ken Utsunomiya on Tuesday, December 29, 2020 at the age of 89. He was predeceased by his parents Genji and Kiwa, brothers Yasuo and Max and sisters Taye, Amy and Louise. Ken will be lovingly remembered by his wife Kathy, son Kevin (Cathy Jo), daughter Sandi, and numerous nieces and nephews. Ken was born on June 29, 1931 in Haney (now Maple Ridge), British Columbia. In 1941 to avoid the internment of Japanese Canadians during the Second World War, his family moved to Coaldale, Alberta to work on sugar beet farms. In 1955, the family moved to Winnipeg where Ken began painting homes with his brother Max. In 1962, Ken and Kathy were married, making this March their 59th anniversary. Ken later worked at Eastern Sales, and then when an opportunity arose in 1972 for Ken to teach auto body at the Assiniboine Community College, he moved his family to Brandon. He retired from the College 19 years later. As a young man, he enjoyed camping and fishing, and liked golfing, curling, bowling and playing cards and billiards with friends. At home, he was always busy with projects around the house, making Japanese lanterns and pagodas, and working in his garden and yard. Ken liked to travel, and over the years they made trips to places from the west coast to the east coast of Canada, through various parts of the United States, and especially memorable was their trip to Japan to visit relatives and Kevin, who was working there at the time. Ken liked to be involved in Kevin's and Sandi's activities, such as being president of the baton association, coaching softball, letting the band practice in their basement, and making stands for the Japanese taiko (drum) group. In retirement, he continued to enjoy golfing and curling, playing with his "grandpuppies", and watching sports on TV, in particular the Toronto Maple Leafs and the Toronto Blue Jays. Ken will always be remembered for his smile, sense of humour, and welcoming and friendly personality. Anywhere he went in Brandon, he would undoubtedly meet and talk with someone he knew. Due to COVID-19, a private family service will be held at a later date. Donations in memory of Ken may be made to a charity of one's choice.