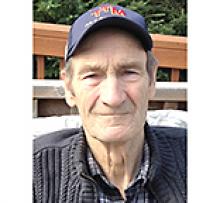 It is with profound sadness that the family of Alec Dawson shares news of his passing. Alec was born one of ten siblings on October 11, 1938, in Exton, England and died January 18, 2021, in Teulon, MB at the age of 82 years.
As a youth growing up in England, Alec enjoyed tearing up the rural roads on his motorcycles, announcing to his mum and local villagers that he would soon be home. He loved dirt bike and classic TT style motorcycle racing, spending countless hours with his mates modifying bikes for greater speed. He started a haberdashery delivery business from a panel truck, selling consumer goods whilst attending night school to attain his degree in mechanics. Never a man to sit on his haunches, after some years he decided to immigrate to Australia, but somehow ended up on the wrong airplane and landed in Winnipeg, Manitoba, Canada in 1963. There, in 1965, Alec met the daily sunshine in his life -- his wife, Carol.
Seeking self-employment after working for IHC farm dealerships, Alec and Carol moved to Teulon in 1968. They founded a repair and service shop called Teulon Tractor and Motor. They worked side by side throughout their 54-year marriage, raising a family and developing their business until it was sold in 1999. Alec retired in 2002.
Alec made many lifelong friends servicing the greater Teulon area. He became known to his friends as "Christ-mate" because this was his English manner of leading in to whatever subject he wished to discuss with them. He had nicknames for nearly everybody he knew. Over the years, he served as councillor and sat on hospital and hall boards, was a firefighter and eventually Fire Captain, was a member of the Chamber of Commerce and a founding member of the tractor pull committee. Not only did Alec and his friends build the skid for the tractor pull, Alec modified a Dodge 383 Interceptor engine into a WD9 farm tractor. This creation became Ol' Blue, a crowd favourite and frequent winner for many years.
Alec is survived by his loving and caring wife Carol, his son Chris Dawson (Sarah), daughter Cathy Kelly (Brian), and daughter Julie Leduchowski (David).
Alec leaves to mourn grandchildren, Michael Dawson (Bree), Bradley Dawson (Rhea), Bryce Kelly (Diane), Brody Kelly (Desiree), Megan Smith (Andrew), Gavin Leduchowski (Michelle) and Owen Leduchowski; great-grandchildren, James Smith and Kane Dawson. He will be remembered by his large extended family in England as favourite Uncle Nev.
The family wishes to offer our deepest thanks to the kind and caring staff at Goodwin Lodge. Your compassion shines through. A family memorial will be held later this year.

"Perhaps they are not stars, but openings
in the sky where the love of our departed ones pours through and shines down on us
to let us know they are happy."