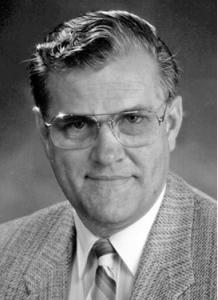 SCHOL: Hendrik "Henry" passed away on Monday, January 25, 2021 at the Assiniboine Centre. Born in Amsterdam, The Netherlands on November 15, 1934, Henry emigrated to Canada in 1954. His fiancée Tonia, also from The Netherlands, followed him in 1955 and they were married in Brandon in April, 1955. After having worked on farms in both Brandon and Elgin, Henry worked as a Carpenter's helper for several years. He then, along with Tonia operated the Avalon Theatre as well as the Lucky Star Drive In Theatre. After moving the Lucky Star Drive In Theatre to Brandon, Henry became Manager of the Brandon Chamber of Commerce. He next took on the position of General Manager of the Keystone Centre and was the Manager of the Brandon Today Newspaper. The entrepreneurial spirit in Henry took over as he owned and operated several businesses in Brandon, including The Double Bar S Family Restaurant, The Bingo Bugle Newspaper, Brandex Business Computers and Brandex Mobile Signs, a business he since turned over to son, Ron. Henry was an avid RVer and very much enjoyed the motor home trips he and Tonia made to Texas, Florida, Arizona, British Columbia and Washington State. Predeceased by his mother Anna Alida Maria Romer Brandenburg, his stepfather Jan Romer, granddaughter Tiffany Schol and his grandson Jimmy Schol, Henry is survived by his loving wife, Tonia, son Ron (Blanche), daughter Diana (Brian) Koldyk, granddaughters Annaka Cowieson (Cal), Krista (Chris) Janzen and great grandson Woeden James Cowieson, all of Winnipeg. A Celebration of Life will be held at a later date.