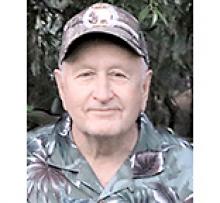 On January 21, 2021, Antony (Tony) Dyck, 71 years old of Moosehorn, MB, suddenly and unexpectedly, passed away on the family farm, due to a heart attack.
Son to Abe and Agnus Dyck, Tony was born March 11, 1949 in Paraguay, South America. In June of 1949, his parents moved back to Canada where they lived in southern Manitoba. At the age of 15, Tony's parents moved to the farm in Moosehorn. Tony eventually took over the family farm and raised beef cattle. In 1970, Tony started work at the Spearhill Plant. The company eventually changed hands and moved to Faulkner, MB. Tony continued with the company (now known as Graymont) for 44 years until his retirement in 2014. In 1972, Tony married the love of his life Alice Linda Skuba and spent the next 49 years building a life and family together.
Tony was a dedicated family man. Even though he had the farm and worked a full-time job at the plant, he still made time for summer family vacations and family snowmobile trips in the winter. Tony also enjoyed taking trips with Alice to various locations such as British Columbia, Las Vegas and Mexico.
Tony was also a very good friend to many people in his life. He kept close relationships with high school friends and enjoyed spending leisure time socializing and gathering together, whether it was going snowmobiling, heading up to his cabin or listening to polka party on a Saturday night with his good friend Doug. He also was quick to help anyone in need and made an extra effort to look out for his neighbours.
Tony was very involved with the community and served on many local committees. To name a few, he was one of the founding members of the Whitetail & Walleye Game & Fish Association, was a member of the local volunteer fire department, president of the local Boilermaker Union for several years, served on the Eriksdale Credit Union Board and Steep Rock Beach Board and was an active member of two local snowmobile clubs.
With Alice being ill the last few years, Tony would visit her almost daily in the Personal Care Home to update her on what her boys and grandchildren were up to in their lives. Tony also loved his five grandchildren very much, and would often take them for rides on his ATV on the farm, or take them along to feed the animals.
Tony was predeceased by his parents Abe and Agnus Dyck, brother Peter and brother-in-law John Skuba. He leaves to mourn his wife Alice; children, Michael (Jacqueline) and Anthony (Camille); his five grandchildren, Julia, Brycen, Savannah, Willow and Capri. He also leaves to mourn his sister Lydia Shipley (John); brothers, Donald and David Sinclair; sister-in-law Bonnie Skuba and numerous nieces and nephews.
Tony will be remembered for his community spirit, leadership, loyalty to friends, and above all, dedication to family. For all of these and many other qualities he will be missed.
In keeping with Tony's wishes cremation has taken place. A celebration of Tony's life will take place once COVID-19 Provincial Health Order restrictions are lifted.
Tony's family would like to thank the community for their outpouring support during this difficult time
In lieu of flowers, donations can be made in Tony's name to the Whitetail & Walleye Game & Fish Association, c/o Larry Gering, Box 74, Moosehorn, MB R0C 2E0 or the Alzheimer's Society of Manitoba, 10 - 120 Donald St., Winnipeg, MB R3C 4G2.


Suddenly on January 21, 2021, at the family farm, Tony Dyck, aged 71 years, of Moosehorn, MB passed away.
Tony leaves to mourn his wife Alice, sons, Michael (Jacqueline) and Anthony (Camille), along with many family and friends.
In keeping with Tony's wishes, cremation has taken place and a gathering to celebrate his life will take place at a later date.
Longer obituary to follow.