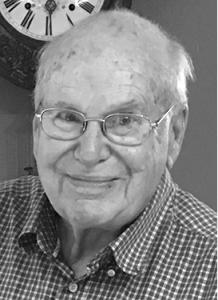 WEEKS: John Mathew, lovingly known as Jack, passed away on Tuesday, February 2, 2021 at the Brandon Regional Health Centre. Jack was predeceased by his parents Frank and Marion; brother Keith; and son Roland Keith. He will be lovingly remembered by his wife Shirley; daughter Deborah and son-in-law Robert of Dauphin, MB; son Dwain and daughter-in-law Cindy of Regina, SK; brother Charles "Ted" and sister-in-law Ruth of San Antonio, TX; grandchildren Clayton Baker (Tamala), Meghan Baker (Jake), and Katie and Brendan Weeks; and great grandchildren Alexis, Connor, Austin, Bentley, Addison and Willa. Jack was born in Winnipeg on March 1, 1933. He spent his youth in Winnipeg, and received his first full time job after high school working at the Canadian Bank of Commerce. It was there that he met Shirley Frederickson; they were married on August 5th, 1955 and they purchased their first home in Winnipeg. In 1961, Jack was appointed as an Accountant at the Bank of Commerce in Dauphin, MB. The family, which now included a daughter, Deborah, spent the next 17 years in Dauphin. Two more children, Keith and Dwain Sion completed the family. Jack worked for many years at the Canadian Bank of Commerce, the CKDM radio station and Parkland Feeds in Dauphin. He finished off his accounting career at Meyers Norris Penny in Brandon where he worked on the Cost of Production study for the Manitoba Milk Producers and the Canadian Dairy Commission. His job was perfect for him. He spent a great deal of his time travelling from dairy farm to dairy farm, visiting and working with families who quickly became lifelong friends. Jack's love of horses was established when he first purchased a pony for young Deborah. Many horses followed. In 1977, Jack, Shirley, Keith and Dwain Sion moved to a small hobby farm outside of Brandon. Horses and trail rides were not the only activity the family enjoyed. Jack learned to ski at a young age, and the love of skiing quickly hit the entire family. Summers were spent trail riding with the horses, and winters were spent on the ski hill. Jack was continuously involved in the communities in which he lived. He was an active member of the Dauphin Agricultural Society, the 3D Saddle Club, the Parkland Pony Club, the Boy Scouts and the Nancy Greene Ski club. If you ever needed a Santa Claus appearance, Jack was your man. Jack and Shirley spent most of their retirement years at the farm outside Brandon (Kemnay). Just recently they both moved into Hillcrest Place Personal Care Home. The Celebration of Jack's Life will take place at a later date. In lieu of flowers, donations in memory of Jack may be sent to Extendicare Hillcrest Place, 930-26th Street, Brandon, MB R7B 2B8.