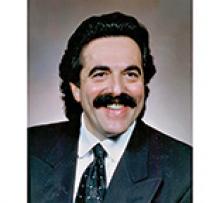 Dr. Neil Mowchun passed away peacefully in Winnipeg, Manitoba on the evening of Tuesday, January 19, 2021, in the loving presence of family, supported by warm hands, and familiar voices near and far.
Survived by his sons, Justin (Carrie), Ryan (Erin Slayen), and Trevor (Cecile Cristobal); stepson Jonathan; daughter Kaleigh (Mike Penner); and three grandchildren. Neil also leaves to mourn his siblings, Leon and Vickie; nephews, Aden and Nathan; and niece Lasha. He will be missed by his beloved dog Molly. He is predeceased by his parents, Usher and Sonia Mowchun.
Neil was laid to rest at the Shaarey Zedek Cemetery, on Sunday, January 24, 2021, at 73 years of age.
Neil Mowchun was born in postwar Rovno, USSR (present-day Ukraine). Following the first wave of Jewish emigration immediately after the Holocaust, the Mowchun family embarked on a dangerous passage through the Soviet "iron curtain," reaching Canada in late 1958. At the age of 12, Neil knew neither a word of English nor a note of Western culture. He learned English very quickly ("on the boat," as he said), throwing himself into his studies and becoming bar mitzvah shortly after his arrival, thus preserving the family's old Jewish roots at the same time as the new Western roots were being planted.
Neil found his calling in medicine, becoming one of Winnipeg's pillar psychiatrists. Throughout a career spanning nearly half a century, Neil cared for hundreds of patients at various hospitals in Winnipeg and in his private home-based practice in Tuxedo.
With his career in full swing, Neil added the role of hair-restoration surgeon to his repertoire, establishing the Winnipeg Hair Transplant Clinic in 2001. Nimble with his hands, Neil transformed the scalpel into a paintbrush, restoring beautiful new heads of hair for patients. He also painted majestic reveries on canvas in his spare time, producing a unique oeuvre featuring wild colors and rushing textures. His favorite subjects were simple, easily missed gems of everyday life: flowers on a table and sunsets over lakes. The latter were inspired by what was probably his favorite destination in the world, despite being a seasoned world traveler: Lake of the Woods, where he vacationed with his family over many summers. These extra ventures marked him as a true Renaissance man: psychiatrist during the week, hair transplant surgeon on weekends, and expressionist painter when inspiration struck.
His family will remember him as a connoisseur of beauty, spirited adventurer, and intensely devoted father who loved his family and drained every precious drop of time with his children. Deep down stood a quiet man who wished for nothing more than to be near his loved ones. And we will love him always, feel the arc of his long shadow, and know in our hearts that he rests in peace.
We thank his caregivers at the Victoria General Hospital. Very special thanks to Helen Demillo who helped Neil tremendously, enabling him to continue to live at home in the last few months of his life.
Donations in memory of Dr. Neil Mowchun can be sent to the Canadian Mental Health Association, Manitoba and Winnipeg, or the Winnipeg Arts Council.