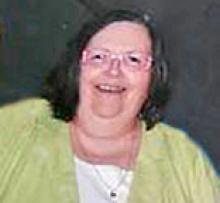 Penny passed away suddenly on January 19, 2021, at home. Over her lifetime, she dealt with many health issues which caused her physical and psychological pain. Last month her body surrendered, stopping the struggle.
Penny is mourned by her loving sister Pam; niece Holly; nephew Lincoln; plus numerous friends. She was predeceased by her parents, Fred and Hazel McKechnie.
Penny was born in Winnipeg on December 5, 1952, and raised in East Kildonan. After attending university for several years, she decided to enter the School of Nursing at Health Sciences Centre. Penny's desire to join a caring profession began with her working as a Health Care Aide for three summers on GH4. She graduated as a Nurse in 1975 in the first class of nurses from the newly formed Health Sciences Centre (H.S.C.) and was employed for 32 years on the labour floor at Women's Centre. Penny, meticulously dressed, was a caring, skilled, detail-oriented nurse who often assumed a charge nurse role with her signature squeaky shoes announcing her arrival into a patient's room! Penny was a loyal friend and developed many lifelong friendships from her time spent in the workplace. After retiring from H.S.C. in 2008 she worked for several more years at Beacon Hill Lodge.
Thank you to the kind people from Fort Garry Place, Winnipeg Police Services and Office of Medical Examiner for their respect and support.
At Penny's request cremation has taken place. A private interment will be held. She will be laid to rest with her McKechnie grandparents in Brookside Cemetery in early spring, after which time you may view the graveside service on Penny's obituary page at www.neilbardalfuneralhome.com.
Should you desire, please make a donation in Penny's memory to Heart and Stroke Foundation of Manitoba.


May she rest in peace and may her memory be a blessing.