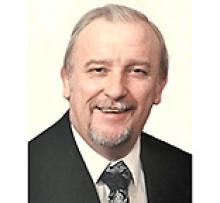 It is with heavy hearts that we announce the passing of our kind, loving and most generous husband, father, opa, brother, brother-in-law and friend, Arnold (Arno) Lawrenz of Winnipeg Beach, Manitoba. Arnold passed away quietly and gently in his sleep at home after battling PSP (Progressive Supranuclear Palsy) for the last six plus years.
Arno was born in Preetz, Germany to Hella and Franz Lawrenz and is survived by his loving wife of almost 45 years, Marge, daughter Mellanie (Mark), son Nicholas (Theresa); grandsons, Evan, Joel and Joshua; his brothers, Jens and Lutz, both in Germany, and brothers and sisters-in-law in Canada namely, Anne, Abe and Agatha, Helen, John, Bill and Shannon, Ed, Jake and Gail, Andrew and Karen, Cathy and Phil, and Arthur. He will also be sadly missed by all the German and Canadian nieces and nephews as well as friends he made along the way.
Arno and Marge met while Arno was stationed as a soldier in Shilo, Manitoba in 1975 and married the following spring. He immigrated to Canada after he was discharged from the German Army that spring and together, they lived in Brandon for a number of years where their daughter Mellanie was born. After moving to and working as a mechanic in Neepawa, Manitoba briefly they moved to Winnipeg where their son Nicholas was born. He worked as a trim mechanic at Park Pontiac for 26 years and then at Versatile Manufacturing in the Research and Development Department which is where he retired from in summer of 2015.
In his healthier days Arno enjoyed badminton, tennis, golfing, fishing and judo having made it all the way to brown belt. He was competitive also in all board and card games as some particular people will recall, especially in Cribbage. He learned baseball and later coached PeeWee's. Arno had a love of Classical music and he loved to dance (and was very good at it). He truly enjoyed and loved being with others no matter the reason. Always willing to help or be there for whoever needed him. Even if it was only to have a scotch!
Cremation has taken place and a service / Celebration of Life will occur in late spring due to COVID 19.