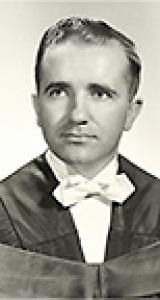 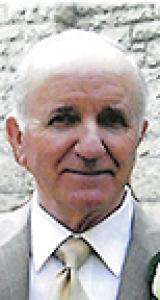 Dr. Allan Lysack died peacefully in Dauphin on February 3, 2021. He was 87 years old.
Dr. Lysack was a pillar of the community. He was a loving husband and a dedicated father to his six children. At the time of his passing his wife Shirley, daughter Elizabeth, and son David were by his side. He will be deeply missed and remembered for his kind and loving heart, as well as his strong work ethic as a surgeon for 50 years.
Allan had a good life. In 1929, his family immigrated to Canada and settled on a farm in Minitonas, just outside Swan River, Manitoba. Allan was born to Martin and Dorothea in 1933, the youngest of 10 in their strong Ukrainian Baptist family. His faith and his love of farm life never left him.
After graduating from high school he tried his hand at teaching, in a one room school for a year. But that wasn't for him, and he found his true passion in the study and practice of medicine, graduating from the University of Manitoba in 1960. On June 15, 1961 he married Shirley Barkman of Steinbach, Manitoba. In 1965, the family moved from Winnipeg to Dauphin, and then in 1976, to the country four miles from town which permitted a jump onto his tractor whenever time allowed. But his deepest calling was medicine and his tireless devotion benefited countless patients over the years. In 1997 his contributions were recognized with the Manitoba Medical Association's Physician of the Year Award. In 2003, he received Canada's highest service honor, induction as a Member of the Order of Canada. In 2012 he received the Queen's Elizabeth II's Diamond Jubilee Medal from the Governor-General of Canada.
Predeceased by his parents, Martin and Dorothea, Allan will be deeply missed by his wife Shirley, and children, Dr. Cathy Lysack (and Dr. Stewart Neufeld, deceased), Margie (deceased) and Dr. Brent Kvern, Dr. David Lysack and Lisa, Dr. John Lysack and Dr. Annalee Coakley, Andrea Lysack, and Dr. Elizabeth Lysack and Shaun McFadyen; and grandchildren, Allison, Michael, Stefan (deceased), Anna, Daniel, Mark, Jonathan and Baltazar (Balti). Allan was predeceased by older siblings, Olga, Nick, Kate, Sophie and Ann, and will be missed by surviving siblings, Maxym, Victor (and wife Elvira), Michael, and Lily. He will also be remembered by many relatives in the Lysack and Barkman families, and many friends and colleagues.
A private family service was held February 6, 2021 in Dauphin, Manitoba. Due to COVID-19 restrictions the family looks forward to a Celebration of Life at a later date.
We wish to thank Dr. Mike Penrose and the nursing staff at the Dauphin Hospital for their compassionate care. If you wish, a donation in Dr. Allan Lysack's name can be made to the Dauphin Hospital Foundation.
This obituary may also be viewed online at Sneath-Strilchuk Funeral Services.


Condolences and cherished memories may be shared with the family there as well:
Sneath-Strilchuk -Dauphin Chapel
204-638-4110
www.sneathstrilchuk.com