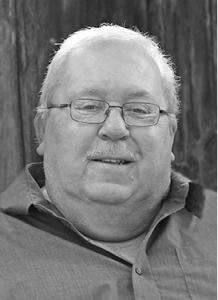 YASKIW: With great sadness the family of Edward Dennis Yaskiw announce his passing on Saturday, February 6, 2021 at the Brandon Regional Health Centre. With Bev holding his hand he left this earth where he enjoyed an amazing life full of love, laughter and challenges. Dennis was born to Donald and Nancy Yaskiw in Rossburn, Manitoba on September 8, 1947. He grew up there, then resided in Portage la Prairie into his 20's. There he met the love of his life, Bev. They moved to Brandon so Dennis could attend Brandon University. During that time, he fell in love with the hills south of town, purchased a property and built the family home where he and Bev started their family after their marriage. Their son Ryan came along in 1977, and daughter Saundra in 1980. After university, Dennis worked at the Brandon Research Station and then the Brandon Mental Health Centre. In 1987, he fulfilled his dream of starting Brandon Hills Live Bait, selling live fishing bait to numerous businesses in Manitoba and Saskatchewan. Health issues forced him to retire in 2013, where he was able to enjoy his love of the outdoors in and around southern Manitoba and on the family home while his health allowed him to. Dennis is survived by his wife of 47 years, Bev; son Ryan; and daughter Saundra along with her husband Mike and children Jonathon, Ava and Maxsym Tarr. He will be missed by his brother Rick Yaskiw and his wife Linda and sister-in-law Leora Braden. He will also be missed by many extended family members and friends. He was predeceased by his parents Donald and Nancy Yaskiw, his parents-in-law Lawrence and Olive McBurney, and brother-in-law Allen Braden. The family would like to thank Dr. Visser, Dr. Kaiser, and Dr. Hunter, along with all the staff from both Home and Palliative Care for everything they did for Dennis over the years. As per Dennis' wishes, an informal gathering to celebrate his life will be held at a later date. In lieu of flowers, donations in memory of Dennis may be made to any outdoor charity or not-for-profit conservation program.