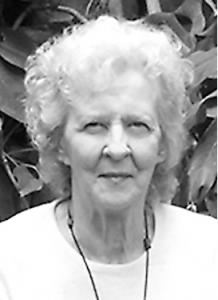 BRAUN: It is with great sadness that we announce of the passing of Betty Signey Braun. Betty passed away peacefully after a courageous battle with cancer at Fairview Personal Care Home on Tuesday, February 9, 2021 at the age of 79. Betty is predeceased by her parents Harold Oliver Johnson and Doris Katerine Johnson (née Olynyk), sister Margaret Barenz, husband Jacob Ernest Braun and son Michael Braun. She will be greatly missed by her surviving family and friends: son Jack David Braun (MaryAnn Teskey), daughter-in-law Deneen Allarie, grandchildren Dylan Braun, Jenna Braun, Justin Allarie, Mathew Allarie, Nichole Teskey, Carmen Teskey, Goldwin Teskey, Patrick Teskey, William McIsaac, as well as nephews Dayton Barenz, Lance Barenz, Scott Barenz, Jason Braun, Chris Braun and Jeff (Dawn) Braun. She will also be remembered by her dear friends, Bev and Terry Powell, John and Lori Bandor, Rob Bell, Shirley Land, and many others too numerous to mention. A special thanks to the care givers on Fairview 3rd floor who provided such exceptional care. Thanks as well to staff from the palliative care unit on A3 in the Assiniboine Center as well as the spiritual care team. Growing up in the Charleswood area in Winnipeg, she enjoyed dance. She graduated from a technical college in Winnipeg after high school and worked as a comptometer operator. She met the love of her life, Jack and got married, became a homemaker and mother. Together with Jack, she farmed in Headingly, with a grain operation. She gave birth to Jack and then 3 years later to Michael. Michael and Deneen all together had Mathew, Justin, Jenna and Dylan. Since their yard was close, many great times were shared on the farm, and son Jack visited frequently. Betty enjoyed time with family, fishing, the cottage life at Lee River, trips to Arizona, Texas, and California. Betty enjoyed cooking, dancing, playing cards and camping in their RV. She was a great cook and always had a pot of soup simmering on the stove to host visitors. Betty and her husband Jack visited Brandon many times over the years. After Jack's passing, Betty later moved to Courts of St. James and then later Rotary Villas in Brandon, MB. She loved visiting her son Jack and MaryAnn and family in the summer and during holidays enjoying special times together. In lieu of flowers, donations in memory of Betty may be made to a charity of choice. A private celebration of Betty's life will be held at Brockie Donovan Chapel on Wednesday, February 17, 2021. The family invites you to watch the livestream of the celebration of life for Betty on Wednesday, February 17, 2021 at 10:00 a.m. (CST) by visiting Betty's tribute page at www.brockiedonovan.com.